A New Mexico police officer has told Neil Mitchell how responding to a routine shop theft ended with him offering to adopt a homeless, heroin-addicted woman’s unborn baby.

Albuquerque police officer Ryan Holets (above) told 3AW mornings how he found a heavily pregnant woman (35-year-old Crystal Champ, above) shooting up heroin in broad daylight behind a convenience store.

“It’s probably the first time I’ve encountered an addict who cared as much as she did,” Ryan said.

“She said she really wanted someone to adopt the baby but she couldn’t find anyone who would.

“In that moment I just realized I needed to adopt her baby.”

Click PLAY below to hear the full extraordinary story

Ryan spoke to his wife and the couple adopted the child, naming her Hope. 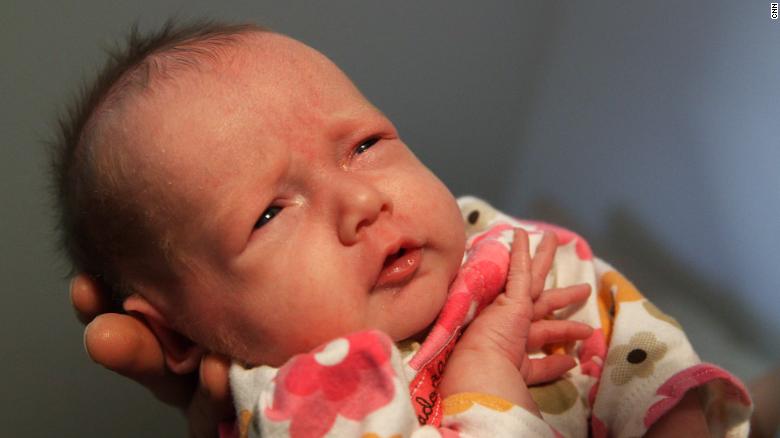 Hope (above) was born addicted to opiates, and suffered from a painful period of withdrawal.

“It’s very painful, it would be very similar to what an adult goes through,” Ryan said.

“We know that there will most likely be developmental issues as she grows up.”

Hope is now doing well and is gaining weight.

The family now have five children under five-years-old, including twin boys.