A postie has left a cheeky note in a Sydney woman’s letter box, after a delivery gone wrong.

“I accidentally threw your parcel on top of the roof, my apologies. Maybe use a broom to get it down,” the note read. 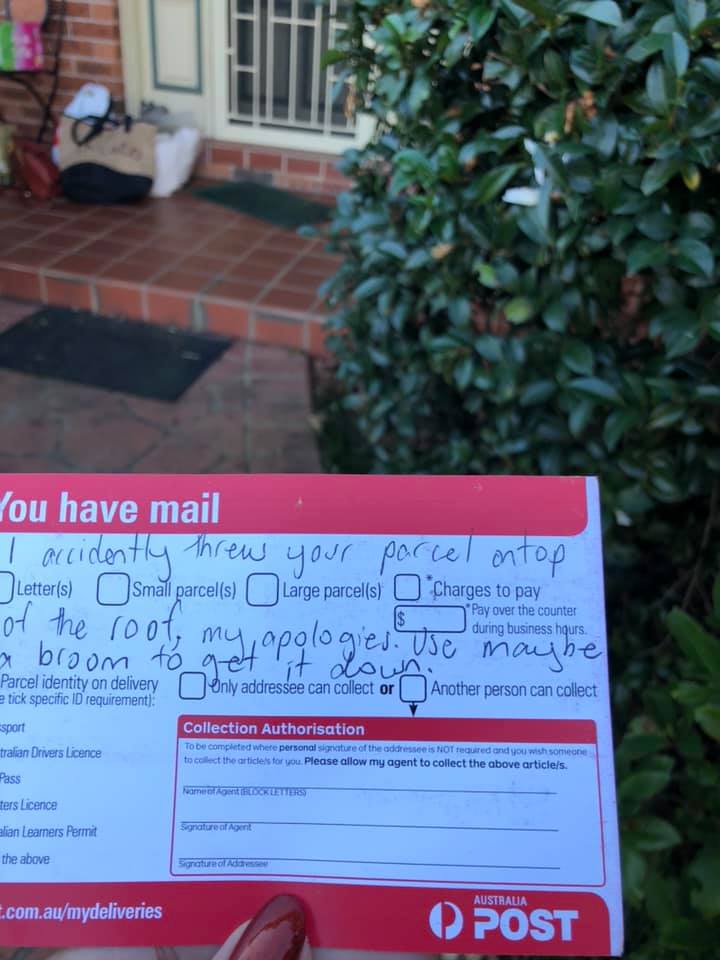 “It was almost as though the fella thought that was a normal practice, that we get our parcels off the roof with a broom,’ Ms Lloyd told 3AW’s Denis Walter.

“All we could do was laugh!”

“It was an item of clothing so it was fine,” she said. 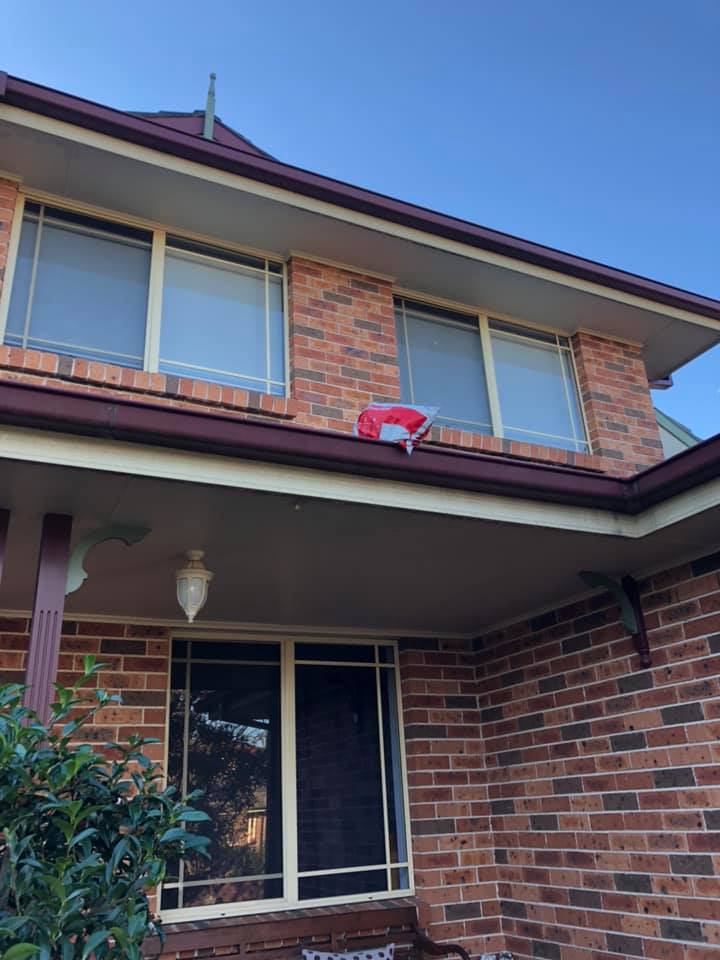 Ms Lloyd says she hopes to hear from Australia Post about the incident.

“I don’t wish the fella any ill will, but it’s a lesson learnt, I would hope,” she said.

Press PLAY below to hear the full interview.