Ute careers into parked truck, driver ‘blinded by the sun’

Via the Rumour File

A ute driver is lucky to be alive after careering into a parked truck in Melbourne’s south-east.

The ute’s bonnet was peeled back like a sardine tin’s lid, smashing through the windscreen.

Wedged under the truck, the ute also finished with the larger vehicle’s tray inside the cabin. 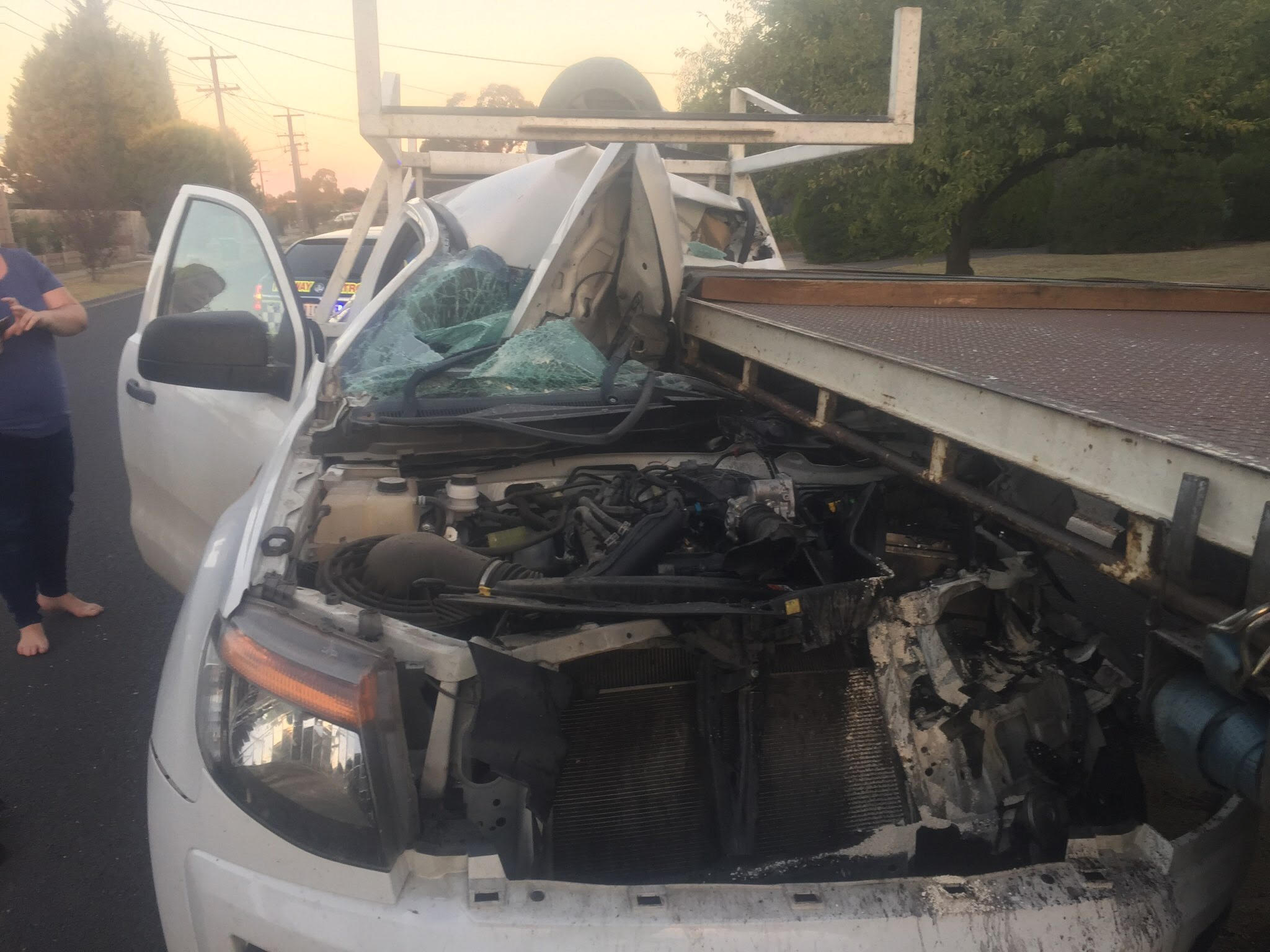 The driver had just dropped off his colleague in Cameron Way, Pakenham, when the smash happened.

He emerged with a broken arm and cuts to the face.

It’s alleged driving into the sun blinded the driver. 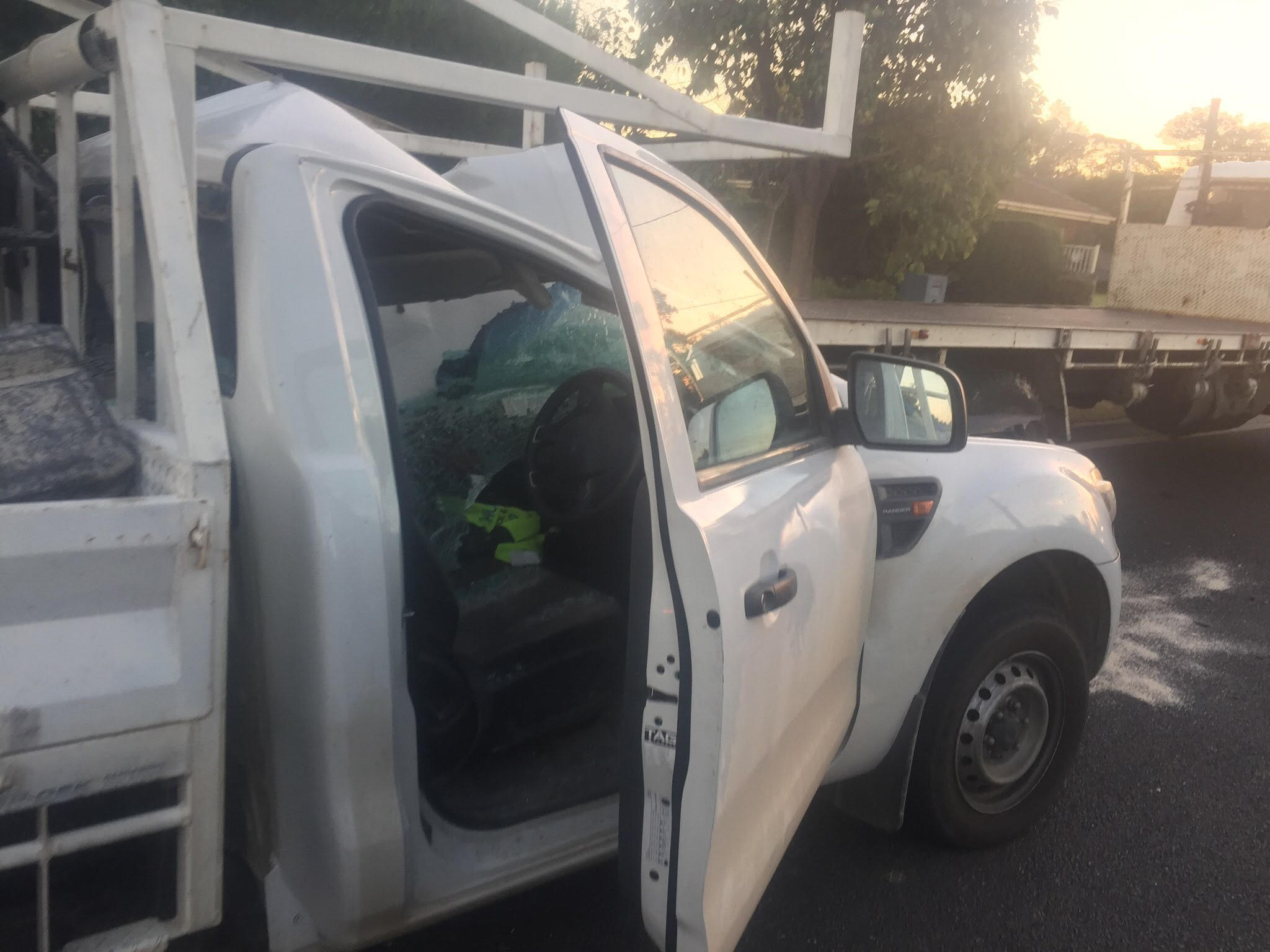 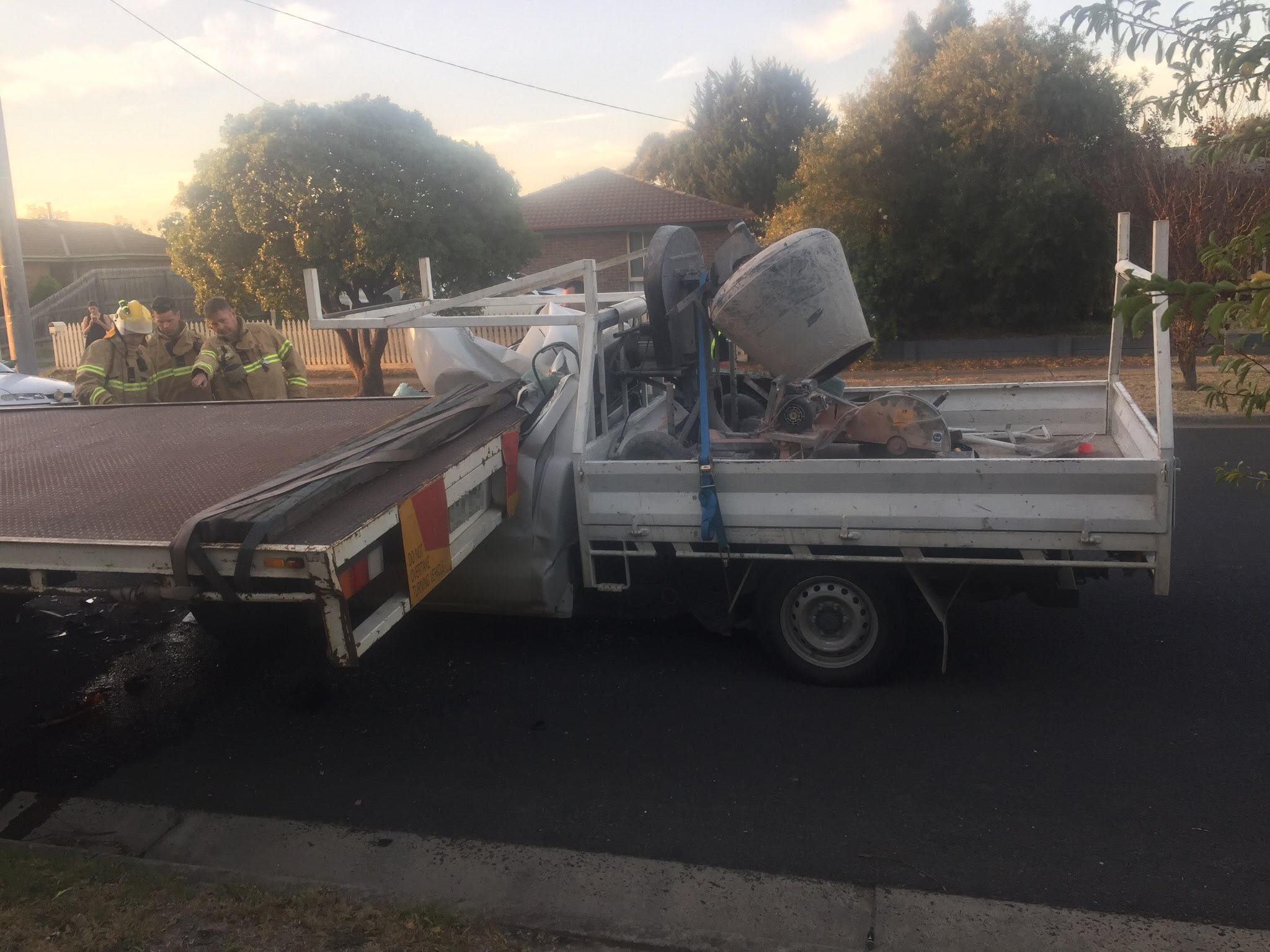