The victim of a shocking hit-run on the Western Ring Road has made a public plea to help find the driver who smashed into her and her three-year-old daughter.

Sarah was knocked unconscious and suffered a broken collarbone after being hit at high speed while travelling Altona-bound, near the Tullamarine Freeway exit about 7.45am on Friday April 27.

The impact caused Sarah’s car to spin into another lane, where she was t-boned by a truck.

“I’ve got a metal plate with six screws holding my collarbone together,” Sarah told Neil Mitchell.

“I was unconscious, I don’t know how long for, I just woke up to firemen pulling me out of the car.”

The driver of the ute who hit Sarah’s car from behind fled the scene.

“I just want them to be caught,” she said.

“I’ve got a three-year-old who remembers being hit by a truck.”

Sarah spent four nights in hospital but luckily her daughter was unharmed.

Sarah said the truck driver, who caused the second impact, gave his details to police and was willing to assist with his dashcam footage.

“But unfortunately the company he works for are claiming they are having “IT issues”,” Sarah said. 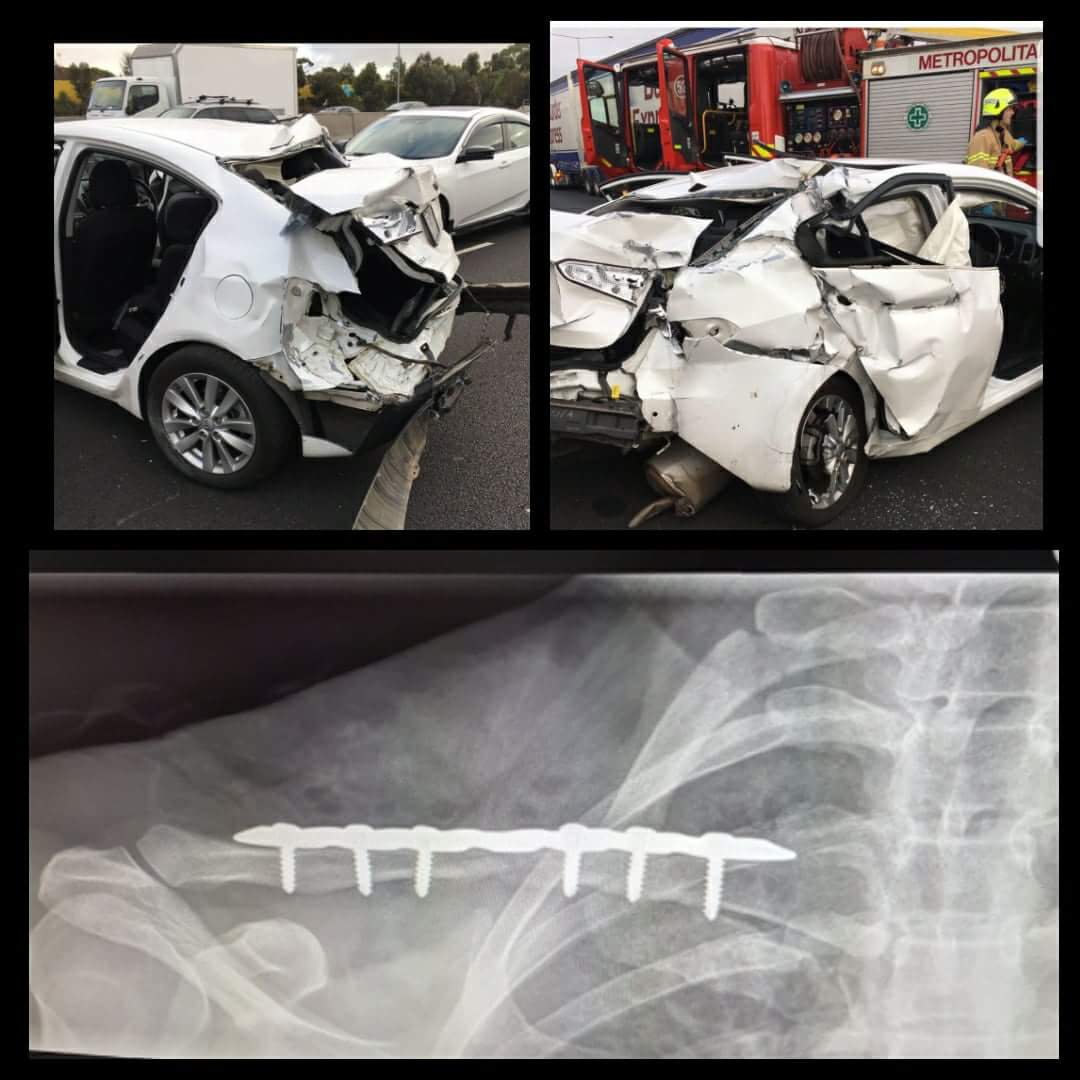 *Names have been changed