Ute flips to wrong side of the Eastern Freeway, lanes closed

A Toyota Hilux has flipped and landed on the wrong side of the Eastern Freeway this morning, causing traffic delays.

VicRoads spokesperson Chris Miller says the driver was heading in-bound near Bulleen Road when the crash happened about 6am.

The extent of his injuries are not yet known.

Only one out-bound lane is open on the Eastern Freeway.

Click PLAY to hear Chris Miller with Ross and John

Meanwhile, a man aged in his 40s has been injured in a multi-vehicle crash outside the Fitzroy pool on Alexandra Parade. 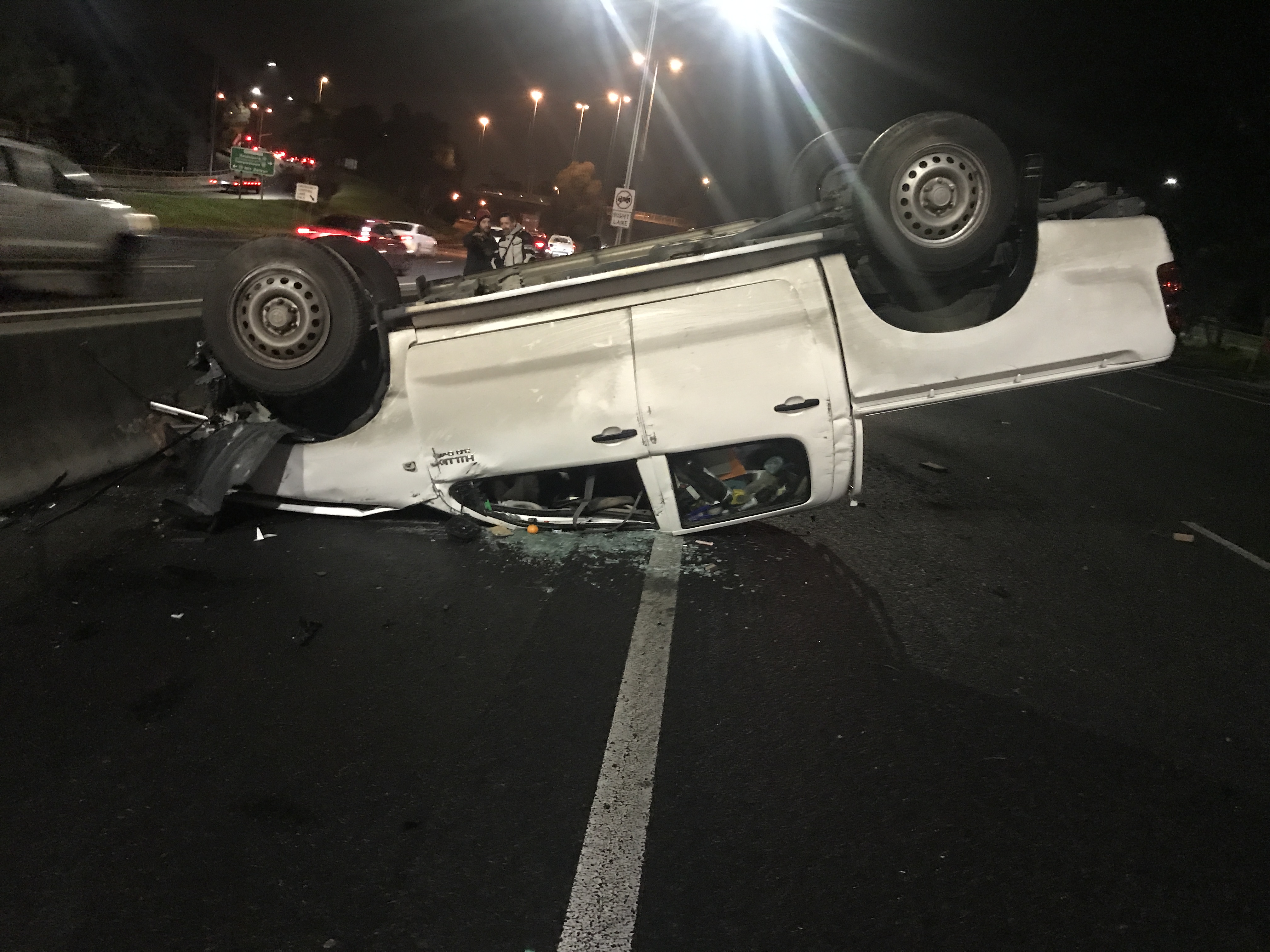