A van of angry men used a metal bar in a shocking case of road rage that started on the Bolte Bridge and ended in Port Melbourne this morning.

Witnesses have told Neil Mitchell the aggressors even turned on police officers when the incident reached its dramatic conclusion on Inglis Street.

It all started when a truck driver allegedly clipped the side of a van travelling south on the Bolte Bridge soon after 8am.

The van followed the truck to Inglis Street in Port Melbourne.

That’s when a man from the van produced a metal bar and smashed up the truck’s windscreen.

Caller Andrew told Neil Mitchell at least one other van turned up in what developed into a confronting scene.

“They started attacking the police, they got really aggressive with police,” he said.

A Roxburgh Park man, 31, is currently assisting police with their enquiries.

There are no reports of injuries. 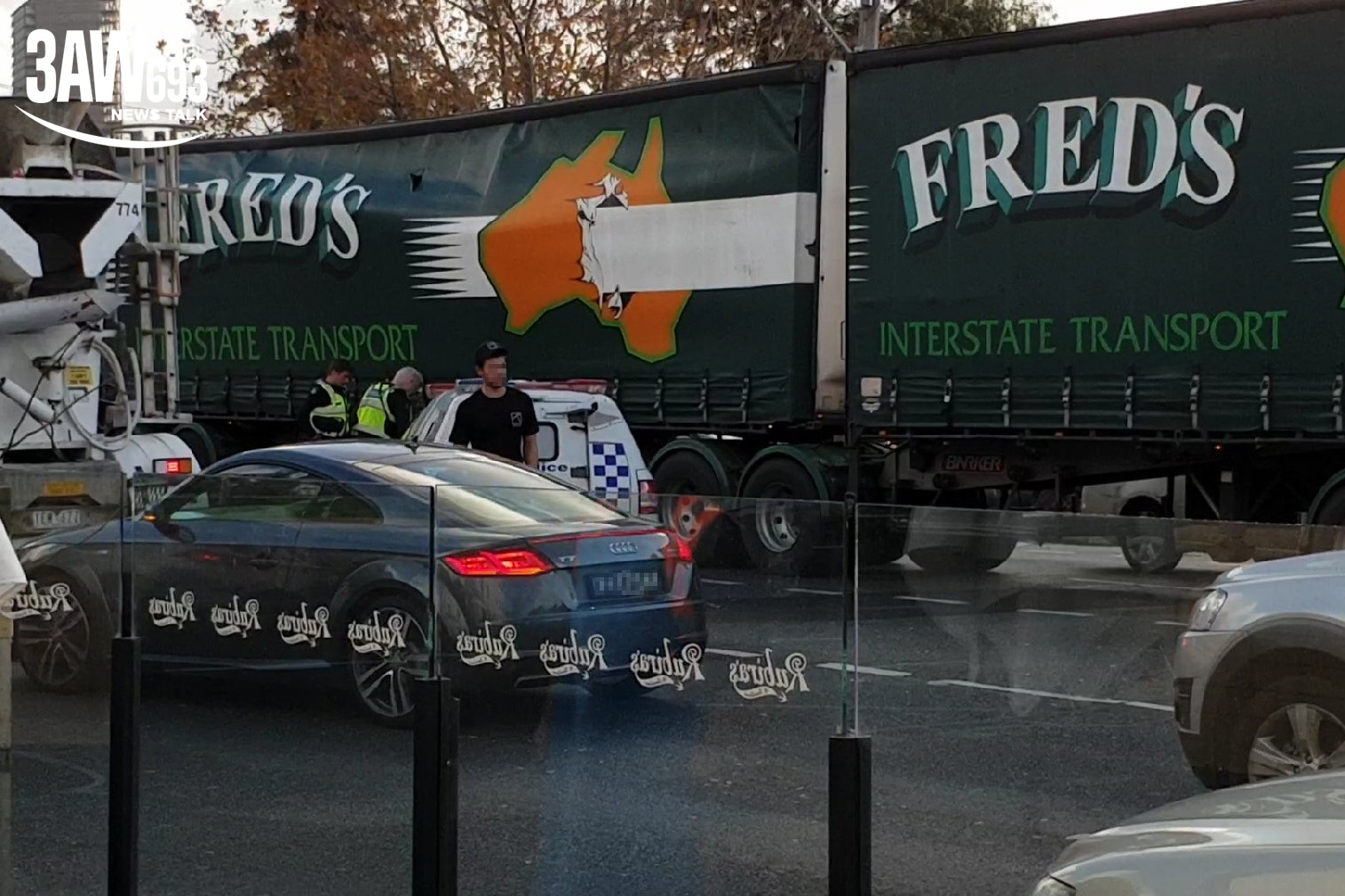