Luke Donnellan has resigned from cabinet.

It’s been alleged the member for Narre Warren North paid for Labor Party membership fees on behalf of others as part of a branch-stacking operation led by former powerbroker Adem Somyurek.

Mr Donnellan is now the fourth minister to stand aside in relation to that investigation.

He released a statement on Monday, stating he never misused public funds or resources in any way.

The Labor MP will remain on the backbench. 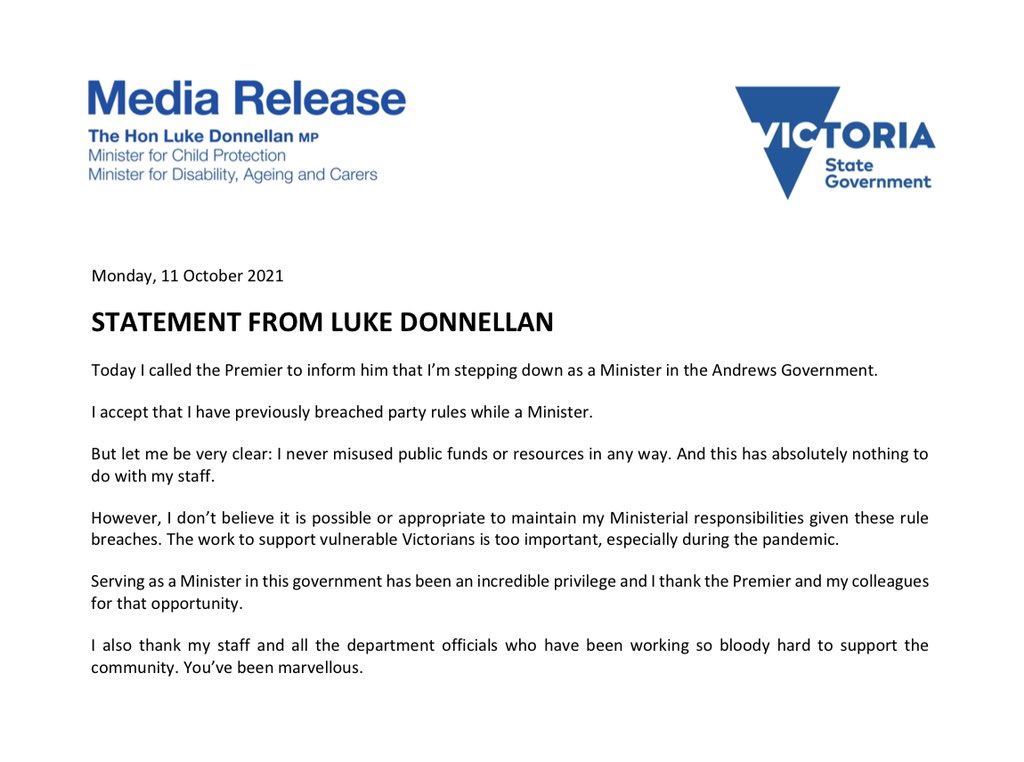