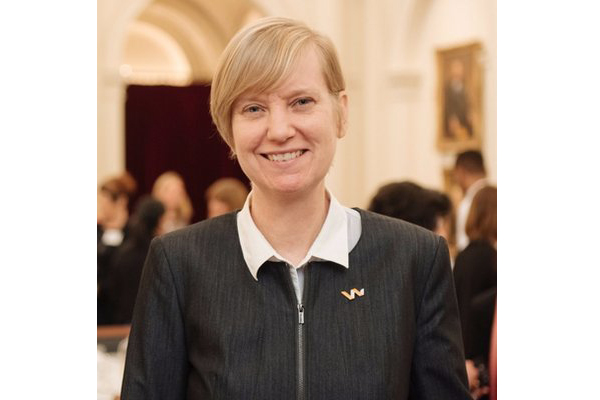 Victorian MP Fiona Richardson has died after a battle with cancer, aged 50.

The Member for Northcote announced yesterday she was taking more time off after being diagnosed with multiple tumours.

Unfortunately I will be extending my leave of absence to concentrate on my health. Thank you all for your support and well wishes. https://t.co/znD8ZKEIoq

Ms Richardson was first elected to parliament in 2006, but took time off in 2013 after being diagnosed with breast cancer.

Our state will never be the same. Lives have been saved. And I know who to thank.
– Daniel Andrews

She later returned to Parliament to become Victoria’s first Minister for the Prevention of Family Violence.

Minister for Women and the Prevention of Family Violence and Member for Northcote has passed away bravely after a prolonged battle with cancer.

Fiona’s had a significant impact on public issues at a local, state and nationwide level.

She served our State as Minister for Women and this nation’s first ever Minister for the Prevention of Family Violence. She was an unwavering advocate on behalf of victim-survivors and every Victorian touched by the tragedy of family violence.

She achieved so much for victims in a short space of time.

Overseeing the Royal Commission into Family Violence, getting Respectful Relationships into the State Curriculum, championing family violence leave for our public sector workers, funding Victoria against Violence and turning the state orange and developing the state’s first Gender Equality Strategy – which the whole nation is now working to emulate.

Her decision to talk about her own family’s experience on Australian Story took guts. Her strength and insight – the love between her, mother Veronica, brothers Hamish and Alastair – touched the lives of many people and allowed them a glimpse of why she was such a fearless champion for victim-survivors.

Fiona had unfinished business. She wanted violence in the home to stop and she knew for that to happen it would take dedication and leadership over the course of a generation.

Fiona was a quiet champion of women’s rights, with an all-woman Ministerial office devoted to her.

Since being elected to Parliament in 2006, Fiona has also been an incredibly strong voice for the people of Northcote.

Her local achievements are many but they include: securing upgrades to local schools, including Croxton School and Northcote High, ensuring the removal of the notorious level crossing on Grange Road in Alphington and the widening of the Chandler Highway Bridge, Fiona has steadfastly served her community.

Fiona was also the architect of Labor’s Level Crossing Removal policy in her role as Labor’s Shadow Transport Minister between 2010-2013.

She was Parliamentary Secretary for Education and Treasury and Finance from 2006-2010.

She is survived by her husband Stephen & her beautiful children Marcus and Catherine.

It is my sad and solemn duty to confirm that Fiona Richardson – Member for Northcote, Minister and mother of two – has passed away at the age of 50.

The best people in public life are those who live their values. In fighting for her community, in standing up for the safety of women and children, and in seeking the power of government and all its vast possibilities, Fiona not only lived her values, she demanded the same of us all.

In her political life, she knew no fear and tolerated no prejudice. Before she had even stepped foot in Parliament, she had busted the party’s sexist back rooms and committees wide open. She made things that much easier and fairer for the next generation of Labor women. And for the one after that.

She was Australia’s first Minister for the Prevention of Family Violence. Under her watch, a dark and silent tragedy was brought into the harsh and unforgiving light of a Royal Commission – and the two thousand pages of that Commission’s final report are her greatest legacy to public life.

I’ll never forget her words last year: “If you actually set out to design a prevention system most likely to fail, you would design the system that we had.”

Victoria has a different system now. Our state will never be the same. Lives have been saved. And I know who to thank.

She was a person of conviction, of character, of extraordinary composure. Those qualities – combined with an intellect and instinct that’s among the sharpest I’ve known – made her someone who can never be replaced. Not in our Government. Not in our movement. Not ever.

I send my sincere condolences to her husband Stephen, her children Marcus and Catherine, to all her family and friends, and to her colleagues in Parliament and across the party. I also send my thoughts to her staff in Northcote and in the Ministerial Office. She was proud of you.

Fiona fought until the very end. In fact, she only relieved herself of her parliamentary responsibilities yesterday.

She did all of this not for herself, but for others. In one of her first speeches as Minister, she said “we can do more, and we must.”

In her memory, we will.

We’ve lost a remarkable, brave and inspirational woman. This is so sad. Thinking tonight of everything Fiona Richardson achieved.

Vale Fiona Richardson MP. The sadness at Spring Street will be immense. To her family, friends, colleagues, my thoughts, sympathy and love.

Vale Fiona Richardson. A warrior for her causes, a woman of outstanding ability, an MP of conviction. Rest in peace. #springst

Just awful, shocking news. My thoughts are with her family, friends and colleagues at what must be a really harrowing time. https://t.co/20853h5zBs