A PSO at one of Melbourne’s busiest train station’s has gone from villain to hero by jumping onto train tracks to save a distressed cat, earning a round of applause from several platforms.

The incident unfolded at North Melbourne station on Saturday night and was seen by dozens of waiting passengers.

A group of officers was initially heckled — unfairly so, according to Ross and John’s Rumour File contributor — by some observers for not entering the tracks sooner while the cat’s owner beckoned her pet back.

But after several minutes of coaxing and with a train arrival pending, one PSO decided to act.

He jumped onto the tracks, gently retrieved the cat and passed it along to the ecstatic owner.

She cuddled her pet and she raised a jubilant fist to cheers, yelling “Go the police officers”. 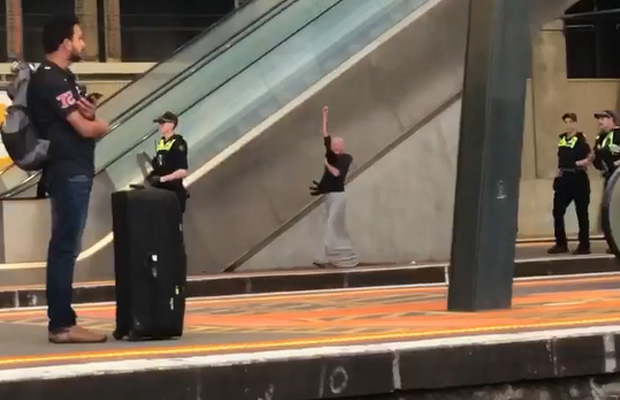