Three male youths have been caught allegedly hurling rocks, including one weighing 12kg, at traffic from a pedestrian overpass west of Melbourne.

An 11-year-old boy has been charged, accused of throwing rocks the overpass on the Western Freeway in Melton.

The Melton West boy has been charged with reckless conduct endangering life, criminal damage and discharge missile following the incident on Sunday.

He will face the Children’s Court this afternoon.

An 11-year-old and 12-year-old, both from Melton, have been released pending further enquiries.

Dash-cam footage was released earlier this week, shows the moment of impact at Melton, when a driver was forced to swerve before pulling into to the emergency lane about 2.20pm.

The footage has been removed from this article as the boy has been charged.

“He was extremely shaken, certainly very lucky not to have been seriously hurt in this incident.

“We believe they (the offenders) would be between the ages of 10-12 and that they are locals.”

“The truck driver in question is lucky to still be with us,” Tom said.

Prompted by this story, Andrew Shephard from the Urban Design Group called in saying one of his employees experienced a similar incident last Wednesday.

“He was on his way home on the Greensborough bypass, he went under the Pascole Vale Rd exit when he heard this loud bang,” Andrew said.

“The driver behind him spotted two kids who threw at least two rocks. 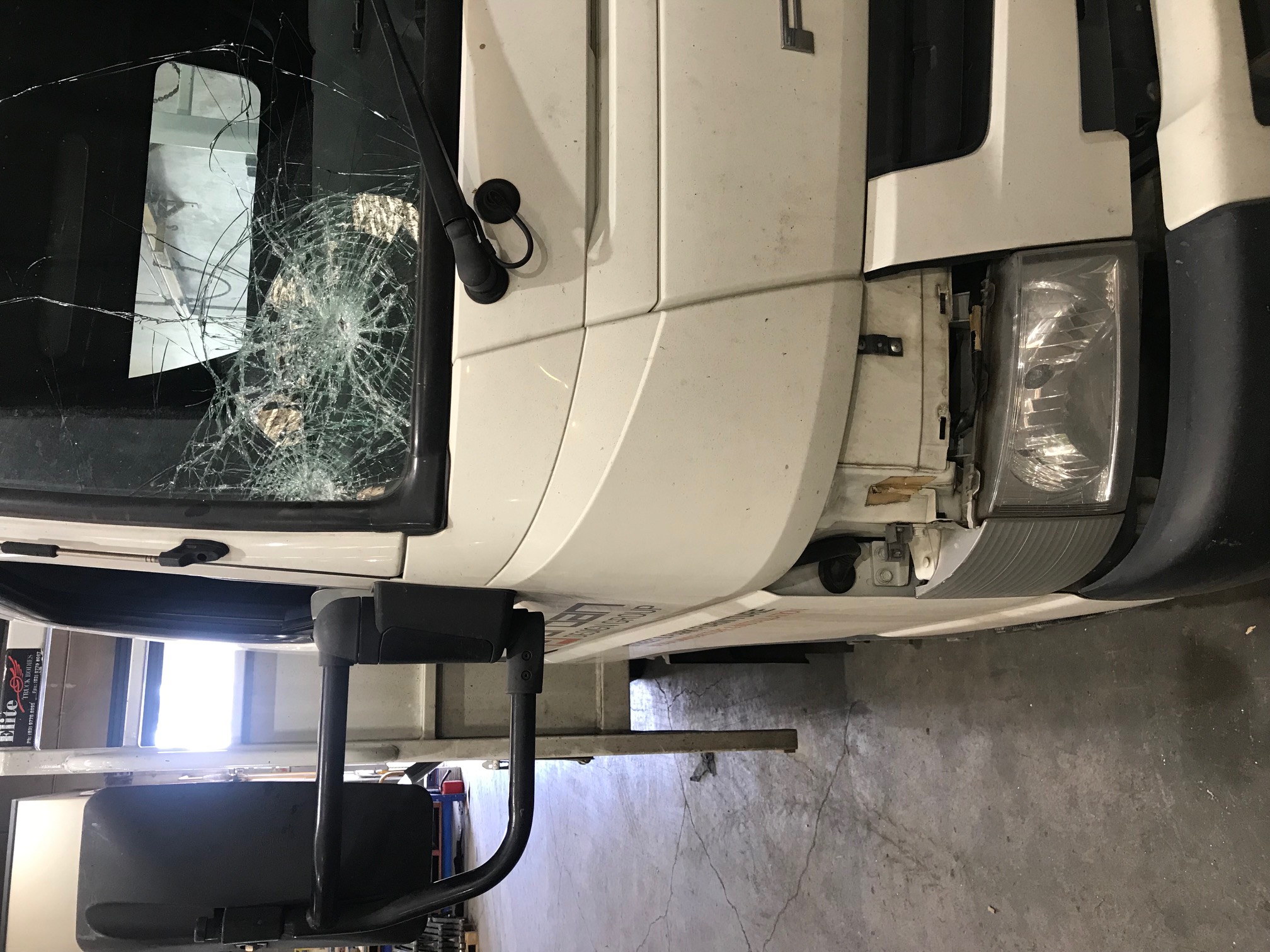