VIRTUAL REALITY CHECK: Interviews with Eric Darnell and Michael Beets on the future of film 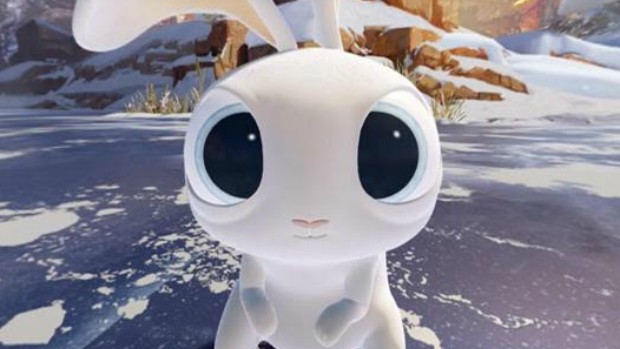 VIRTUAL REALITY CHECK: Forget 3D. The future of film is Virtual Reality, an immersive format that literally wraps itself around you.

One of the key highlights at this year’s Film Festival – and one that will hopefully expand – is its inaugural toe-dipping exploration into the world of virtual reality.

And if what’s on show is any guide, it won’t be long before the format accelerates into the mainstream. The experience is quite startling, powerful and fun.

The Turning Forest by Melbourne-based  director Oscar Raby takes you into the resplendent world of an enchanted forest, then takes you for a ride on the back of a friendly monster as it glides across a fantastic ocean.

In Jafri, local director Michael Beets offers a short documentary about the man who devotes each Friday afternoon to standing on the corner of Flinders and Swanston Street, asking people to stop racism.

With Invasion! we get a strong taste of just where the VR format is heading. Directed by Eric Darnell – former Dreamworks director who helmed the phenomenally successful Madagascar franchise and Antz (the second digitally animated feature, after Toy Story) – it tells of a cute bunny and its close encounter with a couple of knucklehead aliens on the surface of a frozen lake.

These films, and others in the program such as Easter Rising and Invisible, harness the immersive and emotional power of VR so vividly it’s hard to imagine anyone’s cynicism about the format – understandable, given how we were  burnt by the promise of 3D – surviving beyond just a few minutes of the experience.

Indeed, it’s a tad surprising there aren’t more high-profile people screaming from the rooftops about just how vivid VR already is.

To help pull focus on the potential of the format and to discuss the challenges of story-telling with VR we spoke to Michael Beets and Eric Darnell.

Beets admits the experience was a formative one for him as a filmmaker. Darnell – whose films have clocked up around $3 billion at the box office – moved on from making hit franchise films to set up Baobab Studios, which is dedicated to VR production.

When asked why he undertook such a drastic mid-career change, Darnell simply answers: ‘Comfort is overrated.’ He then explains what he means.

And please note that both interviews were conducted using plain English. There is almost no tech-talk.

Darnell will present Virtual Reality and Storytelling at 4pm, Saturday 13 August at ACMI. The VR program is on until Sunday at Space @ Collins, Level 1, 278 Collins St. For more info visit: http://miff.com.au/program/search

For the interview with Eric Darnell, please click here:

For the interview with Michael Beets, please click here: