A kayaker has captured a video of a curious whale in the bay at Shoreham on the weekend.

Peter took footage of what he believes was a couple of whales while squid fishing in shallow water and sent it on to Neil Mitchell.

“They swam up to within a couple of metres from me, I probably could have touched them,” he said.

“They kept following me!

“A couple of times it came right up beside me, just to have a look.

He said one whale was gently swimming around, before heading off again.

Peter said next time he will bring a GoPro to get a better shot.

“A couple of times it ducked its head out of the water to see what we were doing,” he said. 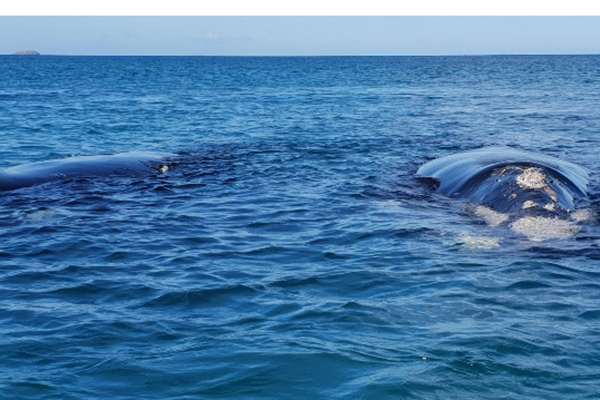