‘We have no other option’: Protesters stand on railway tracks in Reservoir

Reservoir traders briefly brought trains on the Mernda line to a standstill this afternoon.

Shop owners stood on the railway line at Reservoir Station at 3pm, protesting against a major road closure which they say will cause huge financial losses.

“One train was blocked for about three minutes,” he told 3AW’s Tom Elliott.

“The 3.07pm to Mernda came into Reservoir Station and about 25 people stood on the tracks.

“They waited a few minutes and then they amicably parted and they’ve all gone back to their businesses, so it was fairly peaceful.

“The protesters say they’re still not happy and they’ll come back. There will be bigger protests unless they get some action from the government.”

⚠️ Mernda line: Minor delays due to @VictoriaPolice attending to trespassers near Reservoir.

Check platform displays and listen for announcements as services may be altered at short notice. pic.twitter.com/aOF3AAFSqG

From tonight until late December the High Street intersection will be closed for level crossing removal works.

Traders say they haven’t been adequately consulted about the closure.

“We’re trying to get our voices heard,” he told 3AW’s Neil Mitchell.

“We have no other option.”

Simon said over 200 shops will be affected by the closure.

The High Street intersection is used by drivers travelling from the Western Ring Road to the Chandler Freeway, and is also used by traffic travelling east to west.

He said traders weren’t given enough notice of the closure.

“They only sprung it on us on the 15th of July.

“That doesn’t give us any time to be able to bank up any type of rent or power or wages,” he said.

“We understand that there needs to be some kind of stoppage.

“We understand that, and we could wear that all day long if it was one weekend, two weekends or a couple of weeks, but four months?”

Press PLAY below to hear what Reservoir trader Simon Alan had to say.

Press PLAY below for an update from Seven News reporter Brendan O’Donohue. 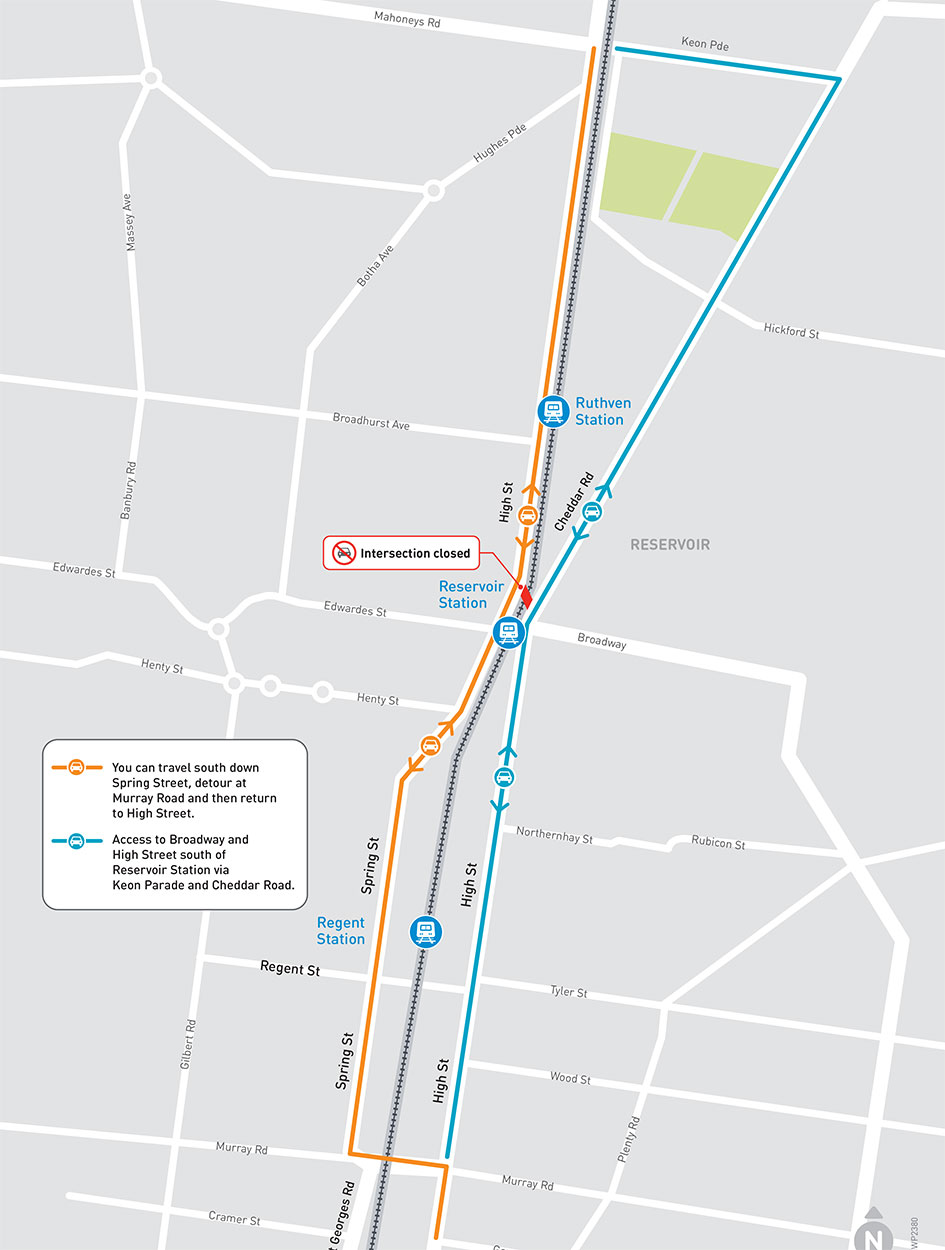 More information on the closure is available here.