Wendy Hargreaves: How to eat for ‘Straya on Australia Day 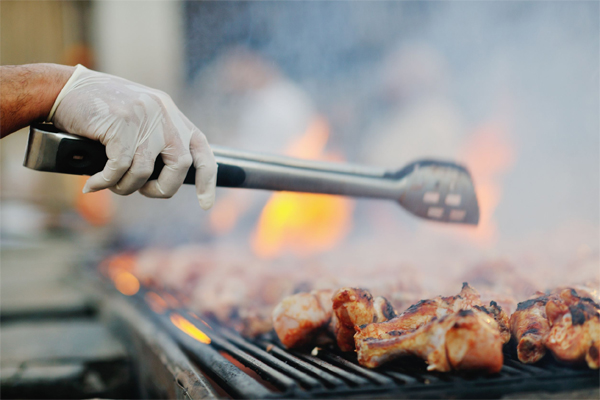 What are the most Australian foods we can eat on our national day on January 26?

Wendy Hargreaves shares five of her favourites in Melbourne.

EMU AT CHARCOAL LANE
136 Gertrude St, Fitzroy, 03 9418 3400
Native ingredients pop up as special additions in Australia’s best restaurants, but every single dish at Charcoal Lane includes something indigenous. Expect to eat wallaby, kangaroo and Moreton Bay bugs flavoured with wattleseed, quandong and local succulents like samphire. In this menu full of native fauna and flare, the macadamia-crusted emu is a stand out. This a lean meat that reminds me of fine filet mignon. And you’ll be eating for a good cause, as the restaurant is a social enterprise run by Mission Australia, offering nine-month traineeships to Aboriginal or Torres Strait Islanders.

CROCODILE TAIL AT POLĒPOLĒ
267 Little Collins St, Melbourne, 03 9650 2811
Melbourne’s East African-inspired bar Polēpolē (Swahili for “relax, slow down”) serves every variety of game meat, but my Australia Day weekend favourite is the deep fried crocodile tail fillet (farmed on the north coast of Queensland). Crocodile is a very lean meat, like a cross between fish and chicken, but there’s nothing skinny about this deep fried version, served with a watermelon hot sauce and kiwi salad.

LAMINGTONS AT BURCH AND PURCHESE
647 Chapel St, South Yarra, 03 9827 7060
Melbourne’s own Willy Wonka, Darren Purchese, takes the lamington’s sponge/choc/jam/coconut combo to new heights with lamington ice creams, cakes, desserts and a very new Lamington Chocolate Bar. The lamington was invented more than a century ago and named after Queensland’s Governor, Lord Lamington. Debate continues to rage as to who whipped up the first recipe, with both Toowoomba and Ipswich claiming birth rights.

SCONES AT GOVERNMENT HOUSE
Government House Drive, Melbourne
Nobody makes scones like my late Nanna Lorna, who could have a batch in the oven in the time it took visitors to drove from the farm gate to the house. But I have to admit the Country Women’s Assocation ladies come close. Enjoy a batch of their fresh-baked finest with jam and cream at Government House on Australia Day. Victoria’s Governor Linda Dessau AC is throwing open the historic gates from 9.30am to 3.30pm, and the CWA bakers will take over the 19th century kitchen for the day. And if scones aren’t your thing, check out the many food fans and caterers on the 11ha grounds. Entry is free, with roving performances throughout the day.

SAUSAGE SIZZLE AT THE BUILDERS ARMS
211 Gertrude St, Fitzroy, 03 9417 7700
What’s more Australian than a sausage sizzle? Snag fests will line the Yarra River and every space of public parkland this Australia Day long weekend. But if you’d prefer somebody else to grill your sausages, head to Fitzroy’s Builders Arms, open the whole Australia Day long weekend from midday to late serving the next-level Meatsmith snags in white bread with burnt-beer onions ($9) and tinnier of Young Henry’s ($6).