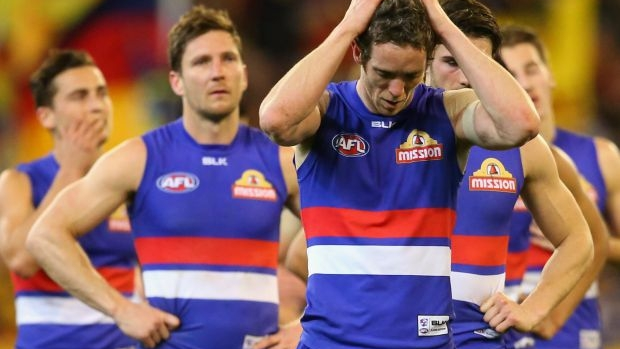 RUMOUR FILE CONFIRMED: The AFL has been asked to investigate the alleged leaking of ‘game-sensitive’ information which was first aired on 3AW Breakfast’s Rumour File.

The Western Bulldogs have formally requested an investigation into the matter in the wake of the club’s elimination final loss to Adelaide.

The Players’ Association confirmed on Wednesday brothers Daniel (Adelaide) and Michael (Western Bulldogs) Talia were the centre of the investigation, but claim it was ‘nothing more than two brothers having a general conversation’.

3AW Breakfast host Ross Stevenson revealed last Friday he’d been told the Crows had a ‘rather direct insight’ into the Bulldogs’ game plan before the match.

The Crows won by seven points.

Caroline Wilson quizzed interim Adelaide coach Scott Camporeale on 3AW Football last Friday night whether there was any truth to the rumour, which he denied.

But the Bulldogs released a statement on Tuesday suggesting there was in fact substance to the claim.

The case is reminiscent of a 2011 incident in which Collingwood captain Nick Maxwell was fined $10,000 (half of which was suspended) after his family placed bets on him following a conversation about about Maxwell, usually a defender, possibly playing in the forward line.

‘The Club conducted such interviews and enquiries as we considered appropriate last week and as a result of those enquiries, the Club has today referred the matter to the AFL for consideration by its integrity unit.’

‘While we do not believe this matter had a material bearing on the game or the result, we believe it is appropriate to report these matters relating to integrity to the AFL for investigation.’

‘The Club does not consider it appropriate to make any further comment at this time.’

‘We are aware of the alleged sharing of sensitive club information and have spoken to all parties, including officials and players at the two clubs.

The players involved have informed us that they categorically deny the sharing of any sensitive club information.

From the perspective of the players, this is nothing more than two brothers having a general conversation about football as they do every other week.

We believe we have done our due diligence on the issue and respect the right of the Western Bulldogs to investigate the matter and understand that as part of this process, they have felt it important to inform the AFL.’