‘We’ve been asleep at the wheel’: Gladys Liu controversy is a symptom of a much bigger issue 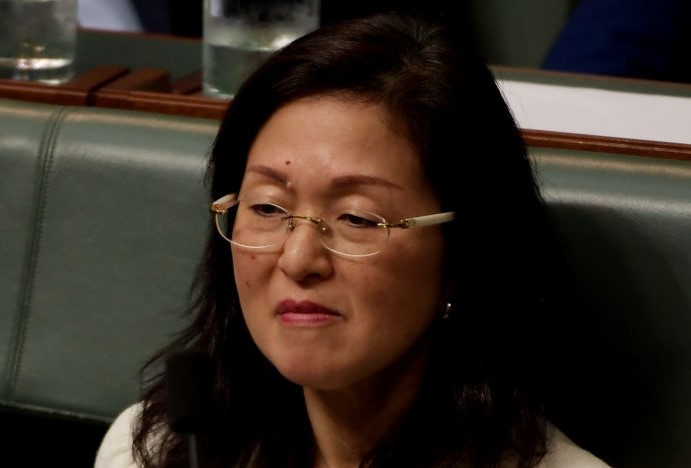 The ABC uncovered documents this week which showed Ms Liu was a member of two branches of the China Overseas Exchange Association between 2003 and 2015.

Ms Liu initially denied any knowledge of the organisations, before yesterday admitting she was a member of one of the branches in question, as well as several other Chinese associations linked to the Chinese Communist Party’s United Front Work Department.

Chris Ulhmann, Nine’s political editor, said the revelation is concerning, but the controversy is a symptom of a broader issue.

He said Ms Liu is unlikely to be the only Australian politician caught up in China’s web of overseas influence.

“The United Front Work Department, which is absolutely an integral part of the state apparatus, it recruits people at home and abroad to push the interests of the Communist Party,” he told 3AW’s Neil Mitchell.

“It has a bewildering array of organisations that move in its orbits.

“If the measure is going to be whether or not you’ve ever come into its orbit, boy, it’s going to scoop up a lot of people.”

But Mr Ulhmann doesn’t think Ms Liu will lose her seat in parliament over the controversy.

“The government desperately needs her seat in parliament. Don’t forget, it just had two seats by which it’s holding on to government.

“So the government will do everything it can to try and protect her.”

Mr Ulhmann said Australia has “been asleep at the wheel” when it comes to China.

“I think something has happened in the midst of all our concern about terror. Going back to 2001, we put an enormous amount of effort into that.

“The natural job of ASIO is counter insurgence, if you like. It was counter intelligence during the Cold War, but it dropped the ball on that.

“I think we’ve woken up late to the fact that China is a big problem, not just in the South China Sea, and not just in trade wars, but inside our own borders.”

Mr Ulhmann urged Australians to be vigilant in dealings with China.

“All of us need to be alert to the fact that we are at an inflection point in our history,” he said.

“This is the first time in our history when our major trading partner is not a liberal democracy, and it is a declared strategic rival of our key ally.

“This will be the foreign policy issue that defines all of our futures.”