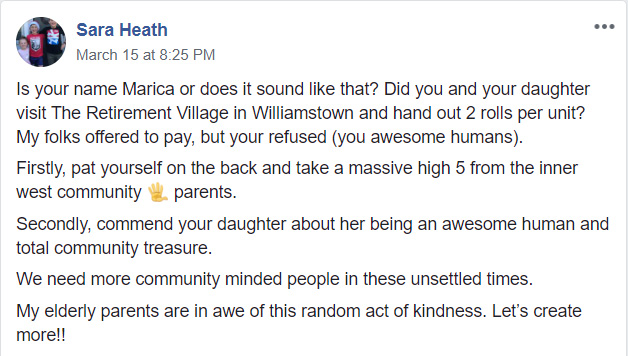 The boys didn’t want that act of kindness to go unrecognised, so they launched a search and found the kind souls.

We can now reveal the Toilet Paper Fairies, who dropped off two rolls per villa at the The Retirement Village in Williamstown (pictured above) were Marijke and her daughter Sophie and Kira (pictured below with dad Gavin).

Marijke told Ross and John the kind gesture was borne from wanting to touch base their neighbours.

“As a family we just though ‘We have enough’ … and we were worried about our neighbours in the village.

“The good thing is now we’ve met our neighbours, we know them by name and we can keep an eye out for them going forward.

“We had a really wonderful afternoon and I think we gained more from it than what we gave, to be honest.” 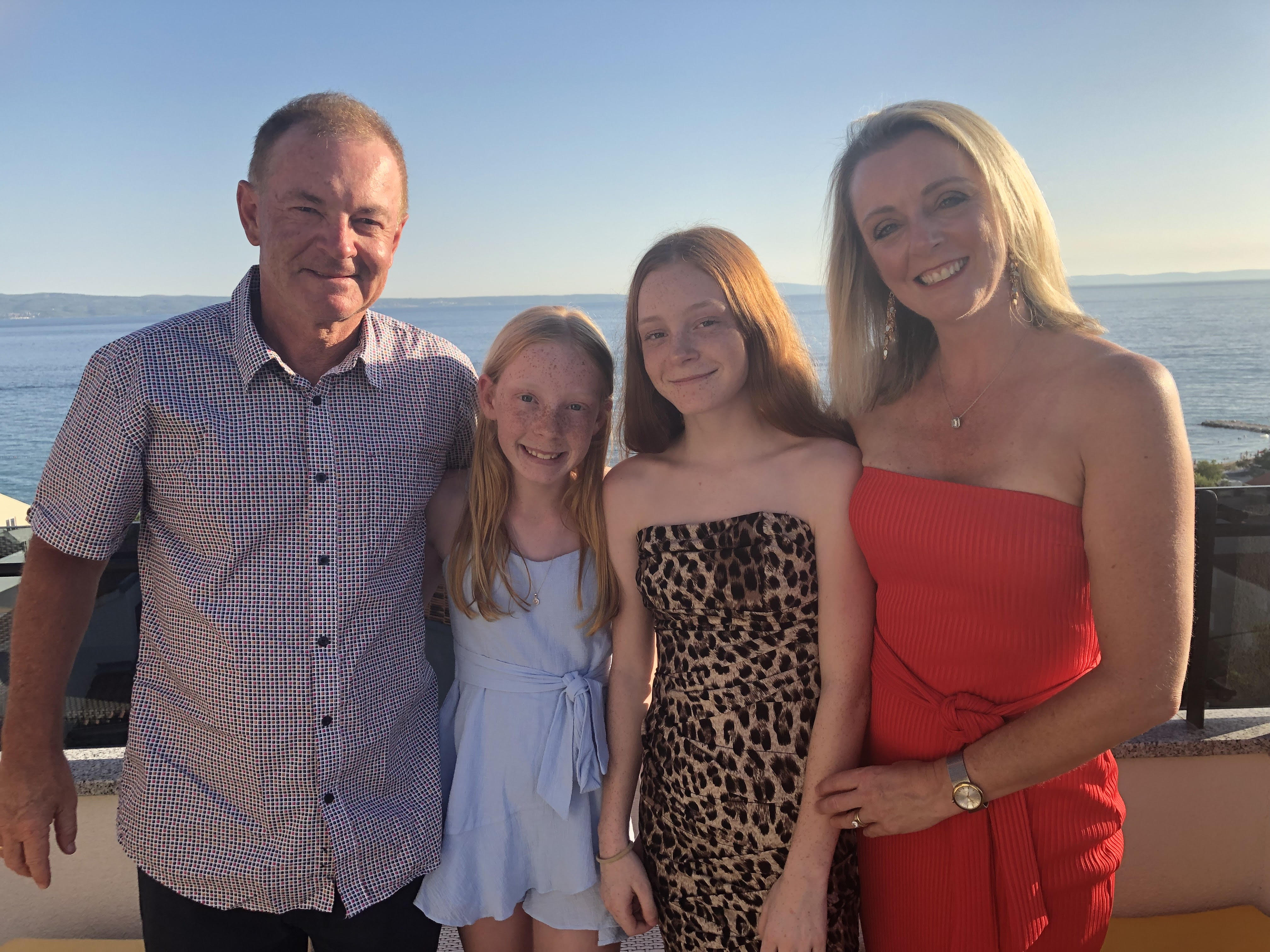 Ross and John want to hear more acts of kindness amid these strange times — email them via breakfast@3aw.com.au.