We love this story.

A dad tossed the coin at the start of a football game his two sons were playing in on the weekend.

The twist? The father, Norm Chapman, is 90 and his sons are playing in the over-50s league!

It happened at the Plenty Valley v Essendon game on Sunday.

“I think Jason played the better. He’s the younger one!,” he told Ross and Russel.

Press PLAY below for the call to the Rumour File 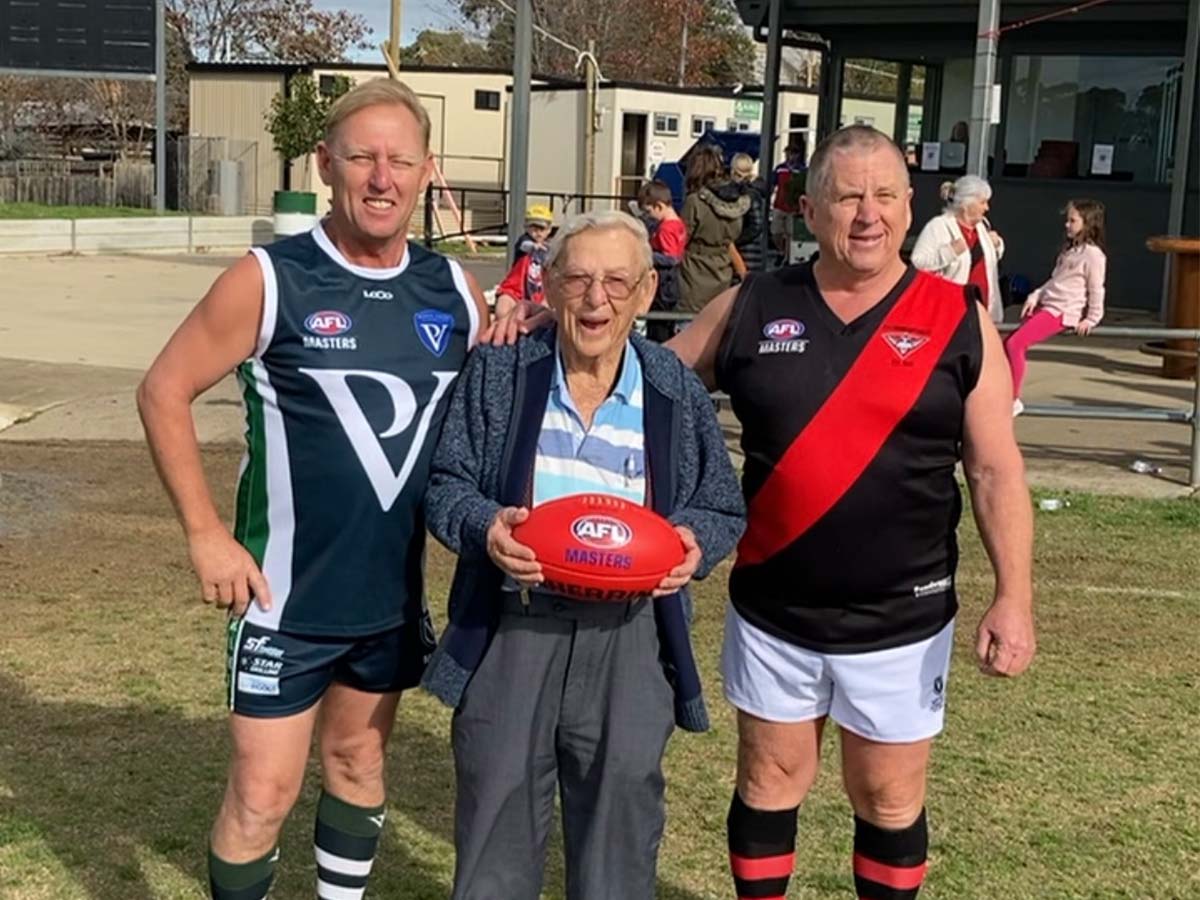