Police are offering a $1 million reward in a bid to solve a 36-year-old cold case.

Janita McNaughton, 23, was shot between they eyes while out on a speed boat on Western Port Bay on December 27, 1983.

Four others were on board at the time of the incident.

They rushed to shore but Janita died of her injuries in hospital that evening.

Police were told the gun belonged to one of those on board. The group said they were shooting at cans when the gun was dropped, and Janita’s death was a tragic accident.

But that wasn’t always their story.

“Those on board initially said ‘we pulled up and all of a sudden she was shot, so she was shot from shore by an unknown sniper or hunter,” Sly told 3AW’s Ross and John.

“When they got back to Melbourne they sought legal advice and were clearly told that story wouldn’t fly.”

One of those on board, jeweller Theo Komianos, was charged with manslaughter in 1983, but at the inquest the charges were dropped after a pathologist could not rule out the possibility the gun could have been dropped at exactly the right angle to shoot Janita between the eyes.

But the case was reopened in 2015, and reexamination reveals it is extremely unlikely the shooting occurred as those on board the boat claimed.

Mathematicians from Monash University suggest the odds of the gun falling and landing at the exact point needed to shoot Janita between the eyes are 160 billion to one.

“It’s certain that people on that boat have another story to tell,” Sly said.

“I’m guessing horse play, I’m guessing somebody pulled the gun and said ‘hey Janita!’ believing it to be empty.”

Anyone with information about the death of Janita McNaughton is asked to contact Crime Stoppers on 1800 333 000 or submit a confidential crime report at www.crimestoppers.com.au 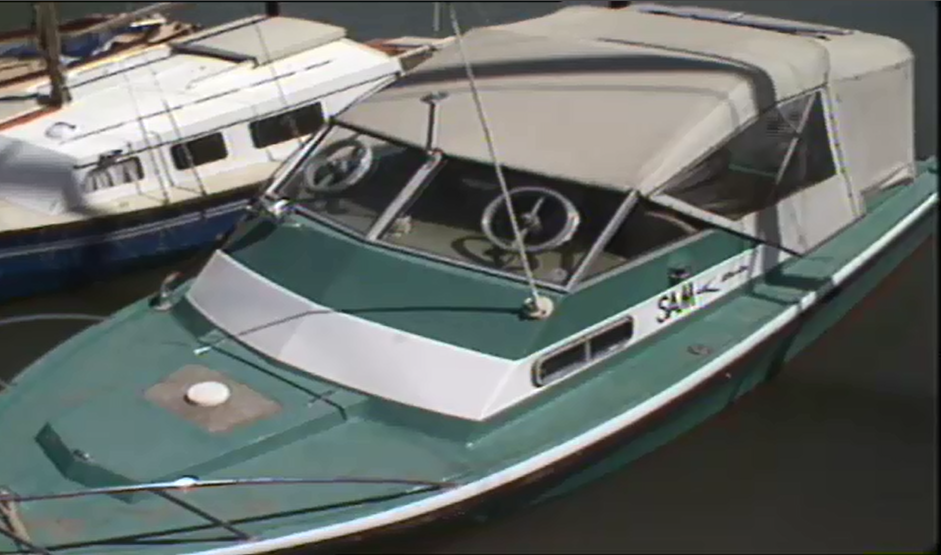 Sly of the underworld