Another cold snap is on the way, with wild weather set to hit Melbourne today and remain throughout the weekend.

Rain is expected in the city this morning, with hail, thunder and strong squalls forecast for this afternoon and evening.

The temperature will reach a top of just 13 degrees tomorrow, but it’ll feel much colder.

Blizzard conditions are expected in Alpine areas and there’s a chance of some snow in the Dandenong Ranges, too.

But the rain won’t persist for too long.

A severe weather warning has been issued for parts of the state. 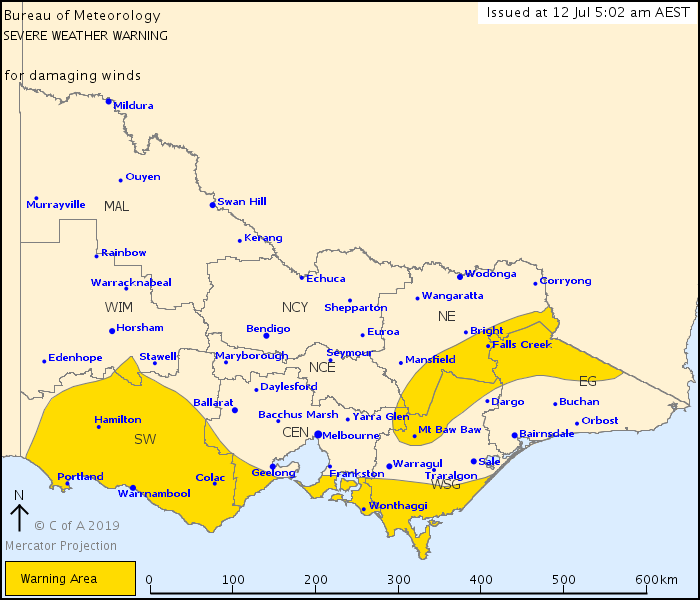