Record-breaking floods are pelting New South Wales, and the wild weather is set to hit parts of Victoria today.

The Bureau of Meteorology has issued a severe weather warning for damaging winds and heavy rainfall in parts of the Central, East Gippsland and West and South Gippsland districts.

“We are going to see the rainfall rates increase over Gippsland as we move into this afternoon and overnight,” senior forecaster from the Bureau of Meteorology, Tom Delamotte, told Neil Mitchell.

“East of Orbost and also the area around the Strzelecki Ranges, we could see falls in the order of 180mm to 200mm by midnight tonight.”

“That risk of heavy rainfall is going to have eased across Victoria by about midday tomorrow.”

A flood watch is in place for parts of Gippsland and the Otway Ranges.

Meanwhile, in the city, Melburnians can expect showery and windy conditions today, with 10 to 15mm of rain forecast. 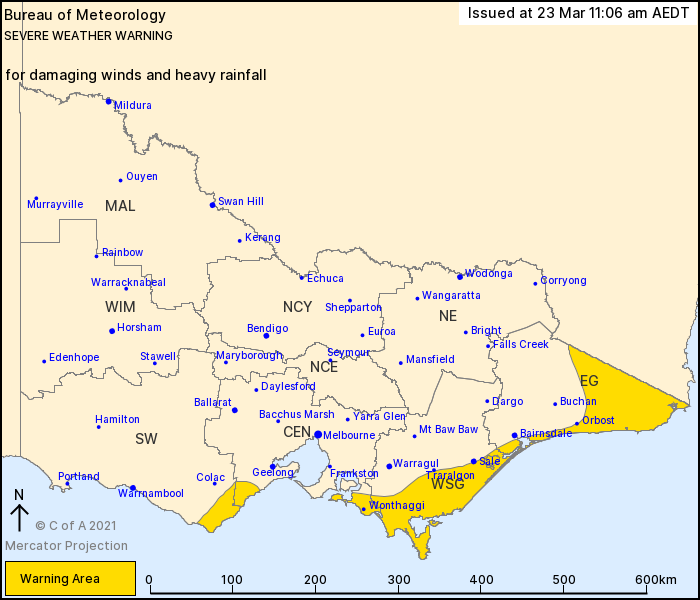