The young woman found murdered in Princes Park was a comedian walking home from her own gig when she was killed.

Jaymes Todd, 19, has been charged with the rape and murder of Eurydice Dixon, 22.

Her body was discovered next to a soccer pitch at Princes Park about 2.40am Wednesday morning.

Todd, from Broadmeadows, faced court on Thursday. His picture has been suppressed.

Friend and fellow comedian Garry Johal told 3AW he met Eurydice a few years ago, when they were both performing at a venue in Richmond.

“I’ve heard her do her bit so many times I can still hear her voice,” Garry said.

“This crime was really terrible, everyone should be outraged, not just the people who knew her.

“This kind of thing should not happen to anyone.

“It was an honour to know her.”

Ms Dixon had performed a comedy routine at the Highlander Bar in the CBD in the evening before her body was found.

Staff at the bar have told 3AW they are “mortified” and “having a tough time” dealing with Ms Dixon’s death.

Police last night released CCTV images of a man in their hunt for the killer.

They made an arrest last night, and this morning

He is expected to face the Melbourne Magistrates’ Court later today. 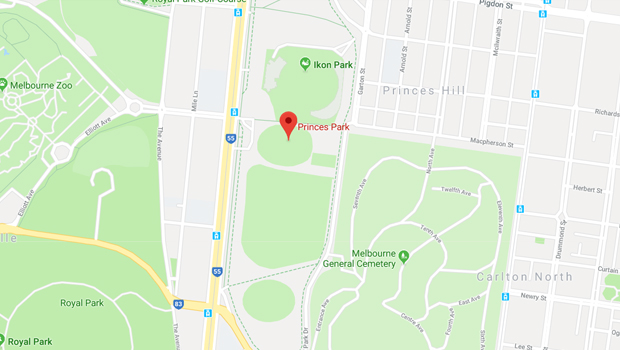