A 78-year-old woman has been viciously attacked on the stairs outside her church.

Penelope was opening Saints Constantine and Helen Greek Orthodox church in South Yarra at about 6am on Saturday morning when she was attacked.

A man and woman approached her, and the male punched her in the face, pushed her to the ground and kicked her.

She lay alone on the ground on Barry Street for half an hour before she was found by a council worker.

Her hip and wrist were fractured in the cruel attack, and she has bleeds on the brain.

Penelope’s daughter-in-law, Erin Katsavos, says it was a senseless attack.

“They did initially take her shopping trolley but they just discarded it without stealing anything, no money, not her phone. They’ve just done it,” she told Neil Mitchell.

“We’re just shocked … and just devastated for her.

“We want the people who did this to be found, so that, firstly, they can’t do it anybody else, and that they’re held accountable for what they’ve done.”

It’s too early to tell if Penelope will make a full recovery.

“It’s too early to really tell what the ongoing issues will be,” Ms Katsavos said.

“They’re still monitoring what’s going on with her brain.”

Press PLAY below for more from Penelope’s daughter-in-law.

Neil Mitchell says the horrific photo “sums up a hideous side of our culture”.

“There is somebody in this society who can bash an elderly woman senseless and leave her bleeding on the steps of a church,” he said.

“I’m not sure you can ever stop attacks like this but … we’ve got to get angry about them.”

Press PLAY below for more from Neil Mitchell.

If you witnessed the attack, or have any information, contact Crime Stoppers on 1800 333 000 or at crimestoppersvic.com.au. 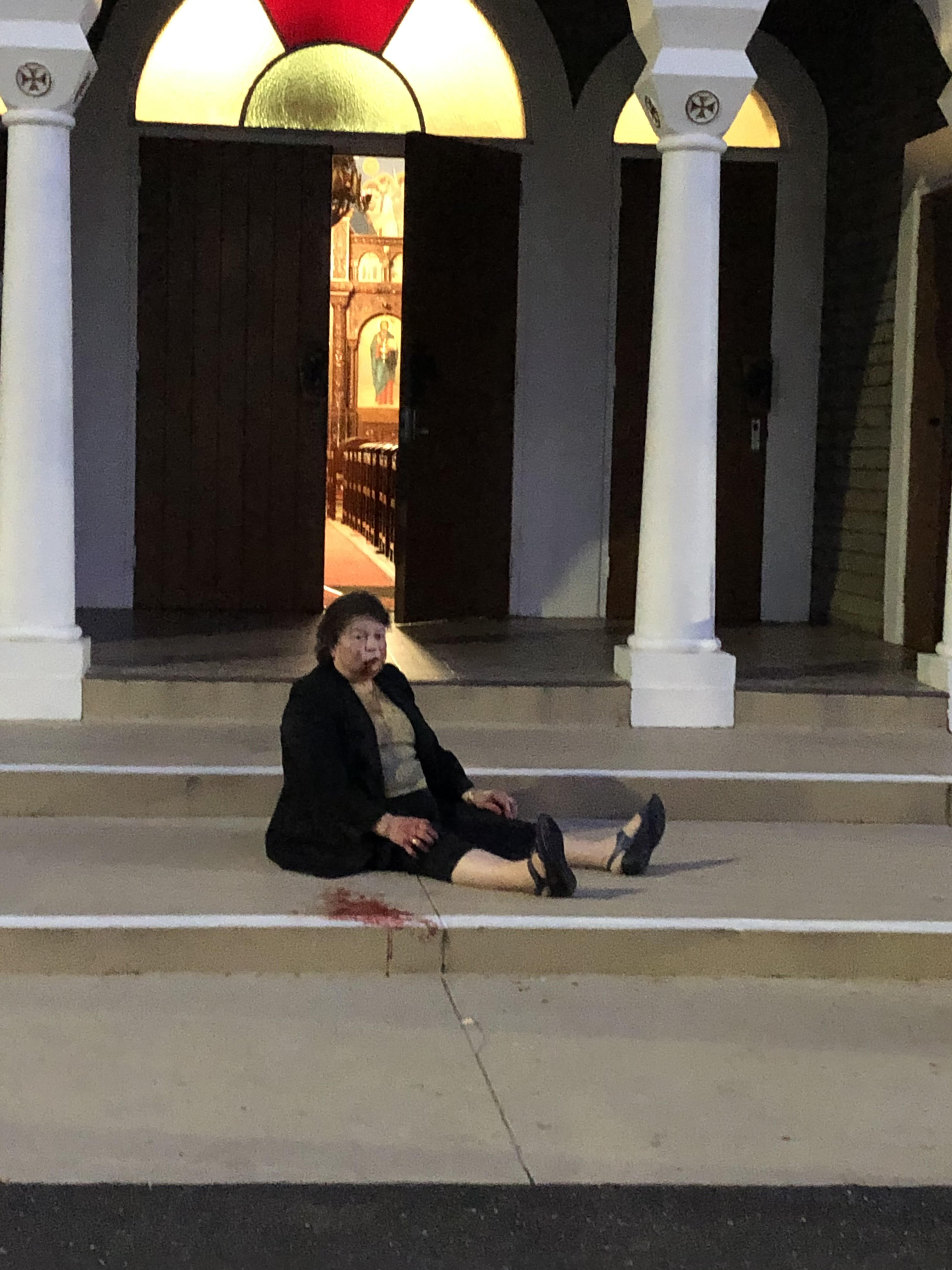