Victim of ‘vicious, violent’ assault says the man responsible has to be found

A woman has been scratched, punched and pushed to the ground in a vicious and frightening random attack in Melbourne’s east.

The 51-year-old woman, Claire, was walking along a Burwood walking track on Sunday when she was forced to the ground by a stranger who came up behind her.

She told Neil Mitchell it all unfolded in broad daylight.

“I could hear somebody running behind me.

“I was punched, it was violent, and it was a vicious assault.

“He had his fingers in my eyes. It was really violent.”

The man didn’t speak to her at all.

A male and female passer-by who witnessed the incident on the Gardiners Creek Trail came to Claire’s aid, pushing the man off her. 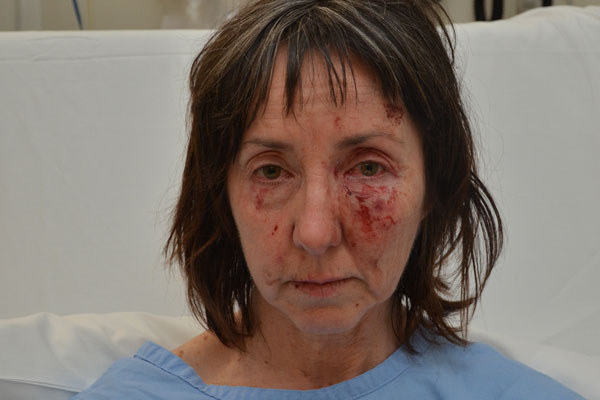 The offender ran off along a side street.

Police have released a computer generated image of a man they wish to speak to.

Anyone with information is urged to contact Crime Stoppers.