‘Words are not enough’: Melbourne woman’s heartfelt thanks to the kind people who helped her

A Beaumauris woman has shared a tearful thank you to those who helped her and her dog when they were in need.

After Maureen had two hip replacements it became difficult for her to walk her much-loved dog, Ben.

But thanks to the kindness of strangers, who went on to become good friends, Ben never went without a walk.

Maureen was standing in her front garden with her dog one day when a woman approached.

“Her name was Mary and she just asked me a few questions about Ben and she said ‘how do you manage to exercise him?’

“She said ‘I might be able to help you’.

“One day she called in unexpectedly and she said ‘I’ve come to take Ben for a walk!” 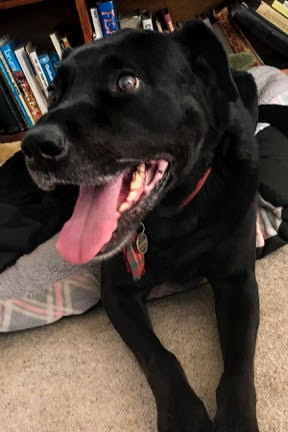 But it didn’t end there.

“She drew up a roster and she had 14 volunteers,” Maureen explained.

“They’d come in nearly every day to exercise him. He just loved that walk.”

Ben sadly had to be put to sleep last week, so Maureen contacted Neil Mitchell to thank the volunteers who helped her so much.

Since Ben died they have been around almost every day to check in.

“They’ve just gone out of their way to help me,” Maureen said.

“I can’t thank them enough, I just thought maybe if it was on the radio people would get to know how much I’ve appreciated it.”

“Words are not enough to say thank you.

“It’s just the most amazing experience I’ve ever had.