Your guide to Grand Final Eve

Everything you need to know about today’s schedule and how to get around is below.

It will be a mostly sunny morning with cloud increasing during the afternoon and evening with a high (80%) chance of showers developing over eastern suburbs and a medium (60%) chance elsewhere.

There’s even the chance of a thunderstorm over eastern suburbs during the afternoon and evening.

Getting there: There is no parking available at Punt Road Oval, so public transport is recommended.

Punt Road Oval is a short walk from Richmond Station or you can take the 70 or 75 tram to the corner of Punt Road and Swan Street.

60,000 people are expected to be in the city for the parade so expect some delays.

When: Approx 12pm then 12.45pm teams will be on stage at Yarra Park outside the MCG.

The parade finished around 1pm.

Route: Starting at Spring Street, outside the Old Treasury Building near the corner of Spring Street and Collins Street.

The parade travels south along Spring St and turns left onto Wellington Parade.

It will enter Yarra Park at Gate 3 and continue through Yarra Park to Toyota AFL Grand Final Live Site.

Paid parking is available around the city.

Some roads will be closed and bollards installed for the parade, as seen below.

Other modes of public transport will run to public holiday timetables. 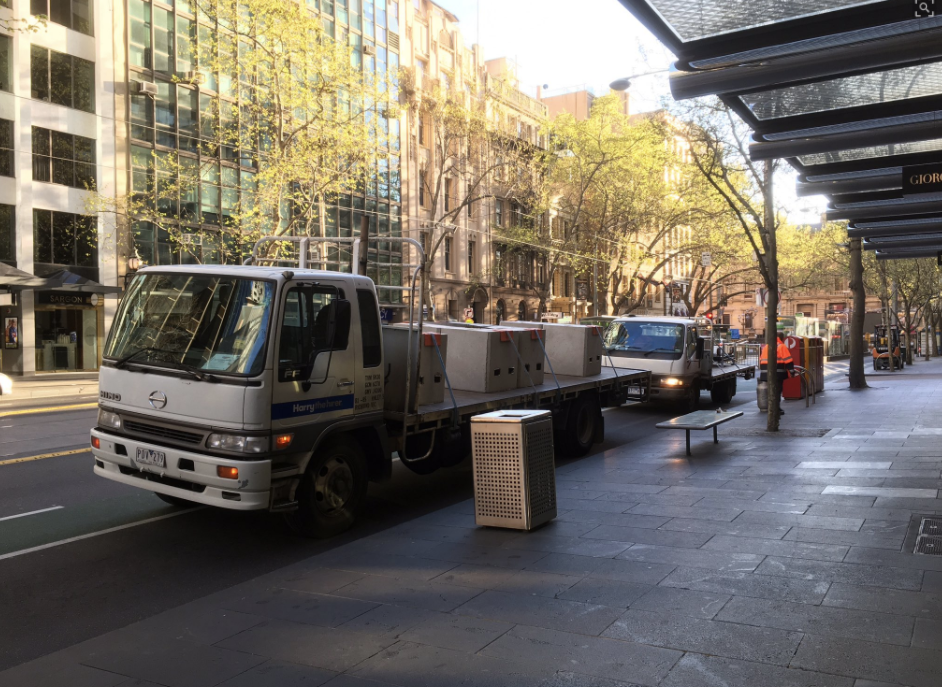 There will be food trucks, bars and kids activities, including a 37 metre inflatable obstacle course.