A Melbourne adventurer has claimed an incredible victory paddling on an inflatable kayak nearly 6000 metres above sea level.

Dan Bull has a new world record to his name for ‘the Highest Altitude Kayak’ at an altitude of 5707 metres, covering a distance of over 2.5 kilometres.

He told Ross and John the conditions were difficult, near the summit of the world’s highest volcano, Ojos del Saladao.

The lake, which borders Argentina and Chile, doesn’t appear to have a name.

“We’re talking in excess of 100km/hr winds, -45 degree celsius, and the water was pretty cold as well,” he said.

“I have probably about a decade experience in high altitude mountaineering, and my folks have me the idea, they are both avid kayakers.

“I was thinking how can I combine my experience with high altitude and my love of the water?” 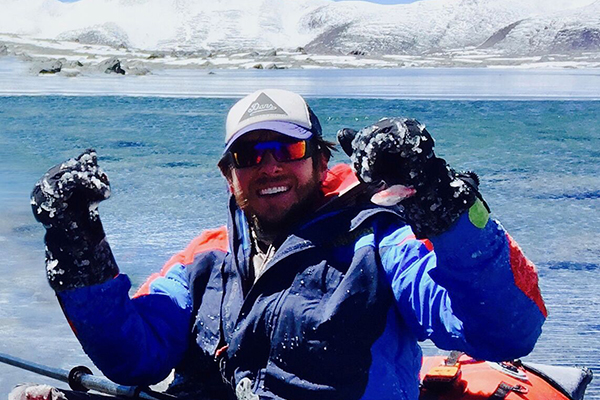 Dan used an ice axe for part of the way along the surface of the frozen lake.

He told Ross and John among his proudest moments was climbing Mount Everest 10 years ago.