Thousands of Victorian properties remain without power, cars were damaged and there was flash flooding across Melbourne as heavy rain lashed the state last night.

At 8pm there were 63,000 Powercor customers and more than 30,000 AusNet customers without power, mostly in regional Victoria.

In Melbourne, the deluge caused significant damage to properties, cars and roads.

A landslide at Warrigal Road has closed a stretch between Canterbury and Riversdale roads at Surrey Hills – PHOTOS HERE.

Lawrie, Wantirna South: The kids were over. We have four written-off cars. The hailstone put a hole in the back of (one car) the size of a fist.

Lights went out on Christmas shoppers at Highpoint where rain started pouring from the ceiling.

In Templestowe, which copped some of the heaviest rain, 3AW listener Con Sotidis saw hailstones larger than golf balls. 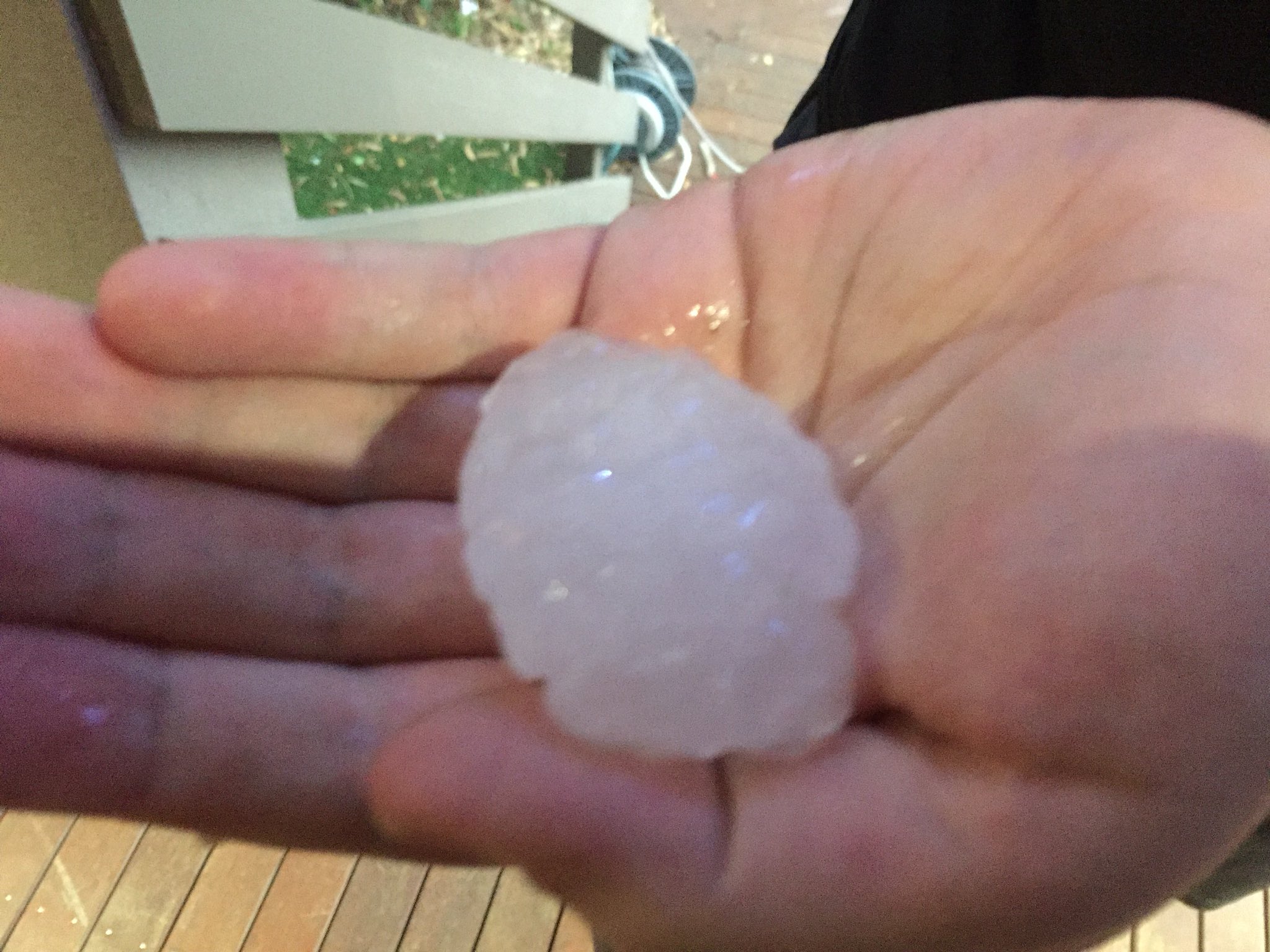 Another Templestowe listener could’ve been excused for thinking it was going to be a white Christmas (pictured below). 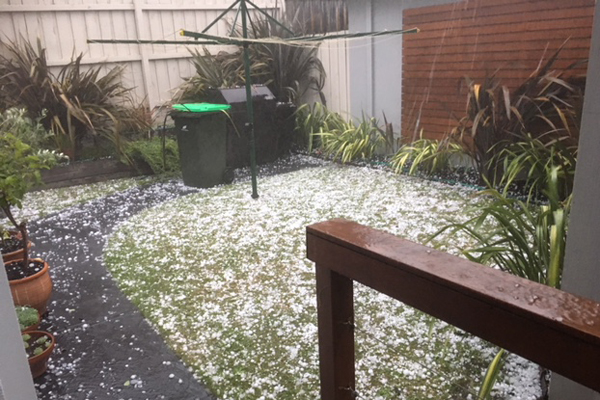 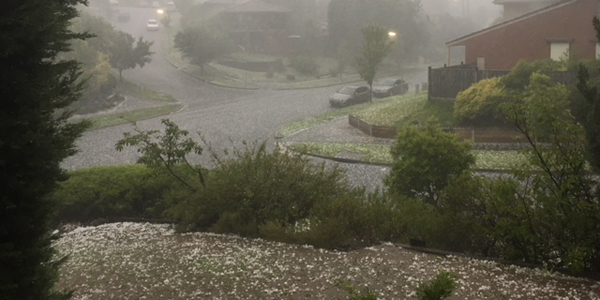 “Massive. Been living here 30 years never seen them this big!” he said.

SERIOUS rain, hail and lightning across much of Melbourne right now.

Residential streets and major roads were flooded, making for interesting viewing on public transport, as seen in the video below.

#Rowville about 7:40pm. The #hail falling on the steel roof of our patio was deafening. We also threw blankets over the rear of our cars to protect them. pic.twitter.com/i8ne7gkQ6h

But it disappeared as suddenly as it appeared.

Officially, 20.6mm fell in the Melbourne’s CBD gauge, including a staggering 16.4mm within 15 minutes from 8.02pm.

The biggest tally was 22.2mm at Mt Buller.