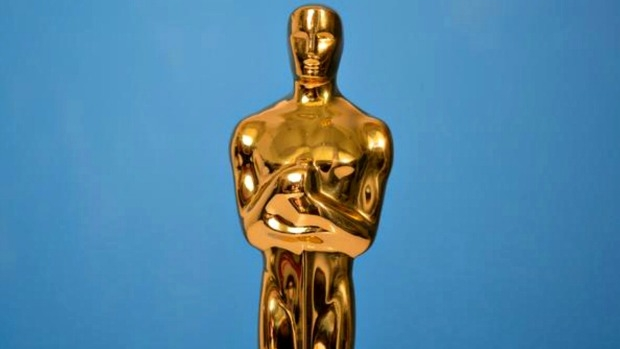 ?There’s been much hysteria over the #oscarsowhite campaign, where complaints over the lack of African-American acting nominees have lead to calls for an Oscars boycott from actors such as Will Smith. It’s been going on for weeks now, But enough is enough. With the Oscars on next week, some sanity, balance and clarity is needed to highlight just how stupid and short-sighted the so-called controversy is.

Firstly, in principle the Oscars are showing more diversity now than ever. Look at The Revenant, the film with the most nominations and favoured for a sweep. It’s directed by Alejandro G. Inarritu, a Mexican gent. He won best director and best film at last year’s Oscars with Birdman.

It’s hard to think of any stronger sign of diversity than that, but if you really need one look at the cast of another front-running film, The Martian. It’s not just one of the most diverse casts possible, it’s also refreshingly gender-balanced. It even has Chinese subtitles.

So right from the get-go the case that there’s a lack of diversity doesn’t hold up. Still, let’s dig deeper.

After a lot of hot air and pointless apologising and promises from the Oscars people to make things better, the first sensible voice to be raised has come, of all places, from actor/comedian/Oscar winner (for Ray, 2004) Jamie Foxx.

While presenting at the American Black Film Festival this week, Foxx jokingly turned the whole issue on its head by basically telling black actors that if they wanted better representation at the Oscars they need to do better work.

This kickstarted the #actbetter Twitter stream, which has received a lot of support, aswell as some barbs.

Speaking to Pagesix.com, Foxx said that rather than boycotting the Oscars, he preferred the philosophy of icon Sidney Poitier, the first black actor to win a best actor Oscar (in 1964 for Lilies of the Field).

‘In 1963 all he asked for was an opportunity to act,’ said Foxx. ‘That’s all we have to do: opportunity. If you turn the camera on and say, ‘OK…win an award…and action’, we’ll all have taken 10 steps back. It’s all about the art. Who cares about anything else?’

Making note of his Oscar win, Foxx might have half a tongue in his cheek as he says this, but he’s still nailing a vital point.

The door to Oscar opened for African Americans in 1940 when Hattie McDaniel became the first African American to win one when she took best supporting actress for Gone with the Wind.

And the door has been opening wider ever since. Maybe not as quickly as some would have liked – where was Yaphet Kotto’s Oscar for Midnight Run? Or Pam Grier’s for Jackie Brown? Or Morgan Freeman’s for Seven? – but Oscar recognition and respect for African Americans is well-and-truly entrenched.

Hence, the desperate attempt to extrapolate some sort of anti-black agenda on the basis of two – count’em, two – consecutive years where African-American actors haven’t made the final Oscars cut relies on a combination of myopia, amnesia and downright idiocy.

It’s trying to reconfigure a mere anomaly into a pattern – a ridiculous exercise that only works if you refuse to look beyond the past two years!

Yet all you need do is pull back from such a restricted view to see the truth about how willing Oscar is to recognise outstanding African American acting talent.

To step beyond the acting categories and look at best picture nominees with black themes, just the past six years has given us: Precious; The Blind Side; 12 Years a Slave (won); Selma and Django Unchained, with black directors Lee Daniels (Precious) and Steve McQueen (12 Years a Slave) also earning nominations.

And note that many of these wins represented a major breakthrough of some sort, with a barrier being broken.

Now, does that seriously sound like a lack of recognition? And the case only gets stronger the further back you go into the early 21st century and even into the 1990s when actors such as Samuel L Jackson and Morgan Freeman really started making their mark.

If you want to look seriously at the reasons behind the dearth of Oscar-worthy African-American performances, one thing to do is simply survey the types of films those high-profile African Americans with real production muscle choose to make.

Some, like Oprah Winfrey, are dedicated to it. Even jokesters like Tyler Perry have a serious side. He co-produced Precious with Winfrey.

Will Smith might be peeved that his performance in Concussion wasn’t nominated, yet he has spent much of his time and effort making self-starring pop films for the multiplex. It’s hard to imagine if, during the two years he spent making claptrap such as After Earth, he thought of the Oscars it could win. The same with Denzel Washington, an Oscar winner for Training Day and nominated for Flight. Yet he makes The Equalizer, a good, popular film for the masses, but hardly Oscar calibre.

As for Eddie Murphy’s Oscar-striving efforts? Since his Oscar nomination for Dreamgirls in 2006, Murphy has concentrated on voicework for Shrek, and producing such Raspberry Award-worthy films as Norbit, Meet Dave, Imagine That and A Thousand Words. He might have felt Oscar’s touch, but it didn’t affect him deeply.

Even this year’s Oscars host Chris Rock, who has apparently rewritten his Oscar speech to factor in the controversy, has long been striving, with limited success, to be known as a filmmaker in his own right. Doing voice work in the Madagascar films, starring in Adam Sandler movies and making flops such as Top Five aren’t going to get him there.

So rather than moan-via-hashtag about lack of Oscar recognition, it might be better for angry African-American actors and to open up a Word document and start writing, or to pick up a camera and start filming.

As for the value of boycotting the Oscars presently being championed by Will Smith and his wife Jada Pinkett Smith, among others? This tactic founders on the rock of common sense.

If you want to protest against a lack of representation at the Oscars, how on earth does not showing up at the ceremony help your cause? Better, surely, to turn up and shove your face in their faces. Staying home won’t do any good.

If this controversy has accomplished one thing for certain, it’s this: the next African American actor who gets nominated can look forward to bumpy time as cutting accusations of tokenism and being patronised by a politically correct mentality are hurled their way.

The real tragedy is that however much they deserve the nomination or award, it won’t matter a hoot. It’s already tainted. This is the price you pay in the era of instant over-reaction, where the pressing of any race-sensitive hot-topic button is guaranteed to get you precisely the kind of misguided, mindless appeasement you’re after.