“Don’t know why we’re doing this interview when we secured the Pulitzer Prize for journalism yesterday after discovering there was only three butternut cream biscuits in the Coles Assorted creams when there is space for four,” Ross said today.

“We received an email over night that read thus: “Guys, my wife bought a dozen eggs last week and cracked one on Tuesday night for our fried rice and it was a double yolker. Yesterday for breakfast I had two eggs…BOTH double yolkers!”

Phil Wright joined the team and began cracking each remaining egg in the dozen.

And after the first egg was a disappointing single, every other egg was a double! 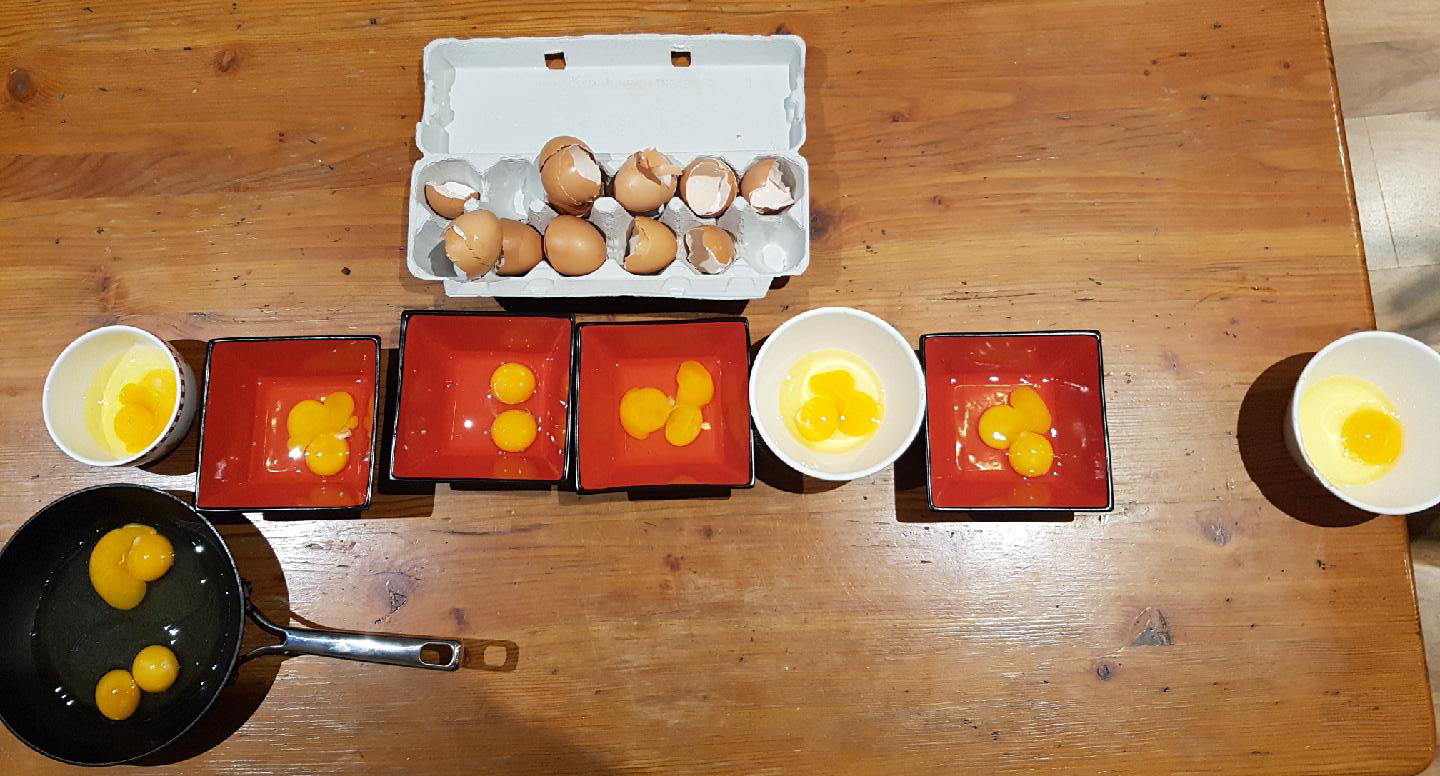 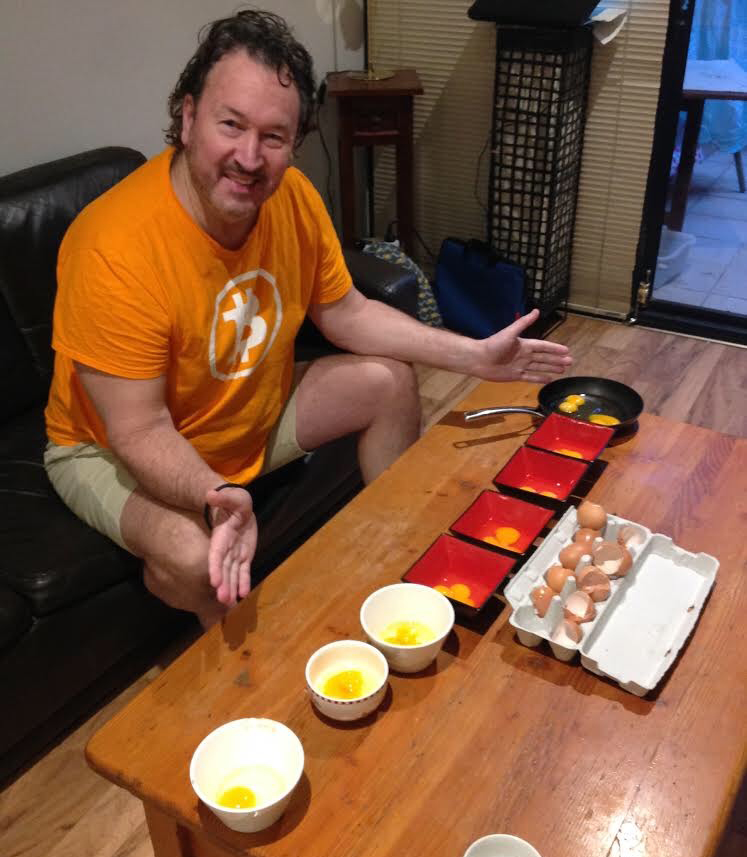 “It’s brought on by double ovulation in particularly young hens and its reasonably regular but obviously they’ve got some young hens in at the farm,” John said.

“How lucky is Phil??