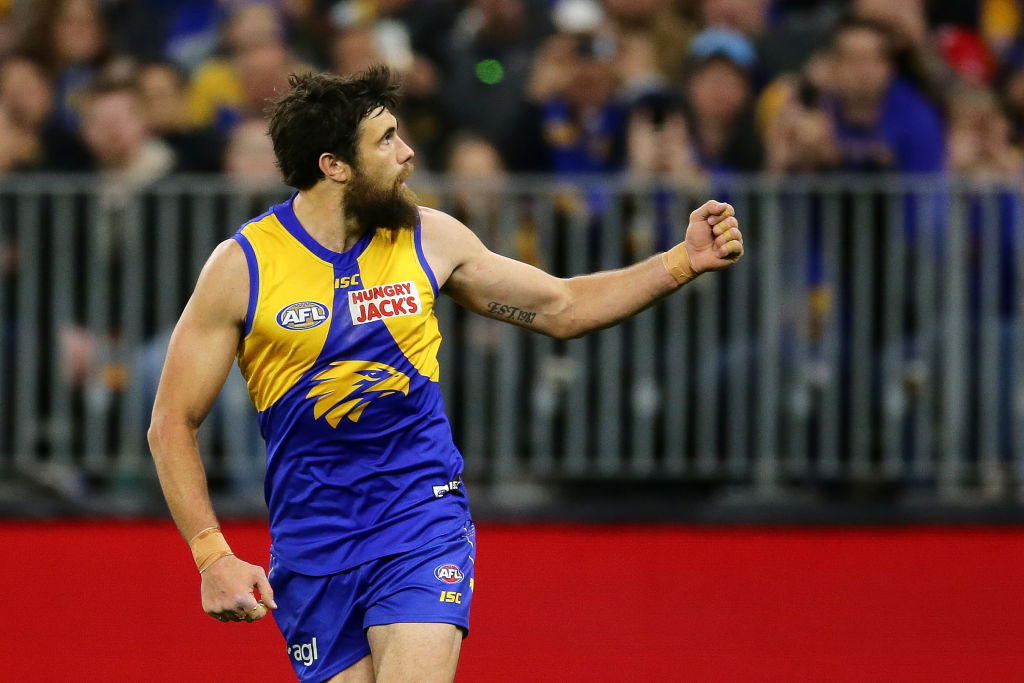 It was probably optimistic to give Essendon a chance of a win tonight.

The Eagles played in true fashion with a six-goal opening term, thanks to club man Luke Shuey and Josh Kennedy.

But, who could miss Liam Ryan with end-to-end goals back-to-back in the second term.

A heated boundary scuffle could put Nic Nat in some hot water after he threw opponent Zach Merrett into the fence.

Merrett was seen to pull the Eagle’s hair prompting the nasty reaction.

Unfortunately, Essendon weren’t able to break the 15 year drought, and so another year goes on.

West Coast will now travel to Melbourne next week to play the loser of Friday night’s qualifying final between Geelong and Collingwood.

It’s been a fast-past and fiery start to September!

The Eagles have been dominate with a classy front line of small forwards, Liam Ryan and Jamie Cripps.

Three quick end-to-end goals in the opening minutes of the second term sent Essendon shaking, but as the term progressed the fight was present.

Essendon capitalised and took two late goals through Fantasia and Saad to close the margin to 30 points into the main break.

Week one of September is officially here and it all kicks off in Perth with the reigning premiers hosting the Dons.

Essendon may have only just limped over the line into finals, but West Coast have suffered a recent ego hit when Hawthorn gave them a final round flogging.

But, the Bombers could succumb to the September pressure as the club is yet to win final since September 4, 2004.

Coaching legend Leigh Matthews isn’t convinced tonight will be their night either.

“The way Essendon play I fancy, but the Eagles will do it better,” said the great Matthews.

Nic Nat will make his return to the Eagles tonight after sitting out since round 17 and John Worsfold has made it clear Bellchambers will be his match.

If the Bombers are able to move the ball quickly into a forward line, Jake Stringer, Orazio Fantasia and Anthony McDonald-Tipungwuti have the power to make an impact.

Be listening from 6pm to hear the best in the business as 3AW Football kick off week one of September!