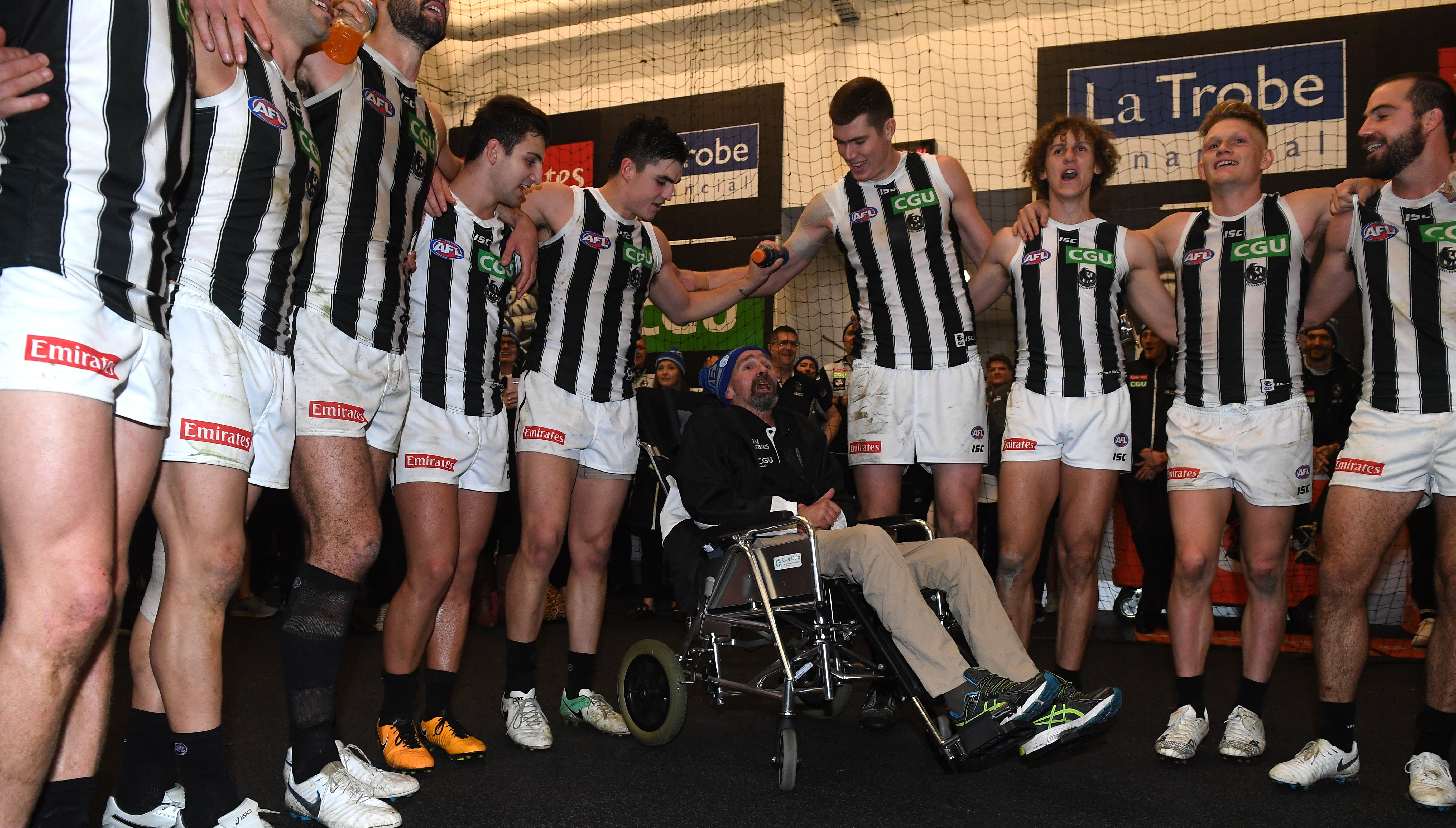 The real hero of the day for Collingwood was Murray Swinton.

Murray is a long-time firefighter who was diagnosed with MND earlier in 2018.

The Magpies made sure Murray was in the middle of the circle when they sang the song after the win.

“He should be Australian of the Year,” Murray said.

Click PLAY to hear Murray have a chat with 3AW

Mason Cox spoke to 3AW after his personal-best haul of five goals.

Cox said he’s grateful for the opportunities the AFL has given him, like playing in front of massive crowds on Anzac Day and Queens Birthday.

“I’m very fortunate to be standing where I’m standing,” he said.

Collingwood has won by seven goals.

The Big American Mason Cox bagged five goals and pulled in three contested marks in a dominant display up forward.

Tony Shaw said he doubted Cox early in his career, but he’s turned into an “amazing find”.

Collingwood lead by 19 points at the main break.

Jordan de Goey has been massive: 21 disposals, six tackles, and 10 inside 50s.

For context, the all-time record for inside 50s in a single game is 16.

Matthew Lloyd said the difference has been the Magpies’ ability to create turnovers and then capitalise on them.

Massive lines are building outside the MCG.

Despite the bumper crowd expected, and the Big Freeze set to start at 2.08pm, the gates did not open until 1.30pm.

We’ve been sent this pic of the build-up outside the gates: 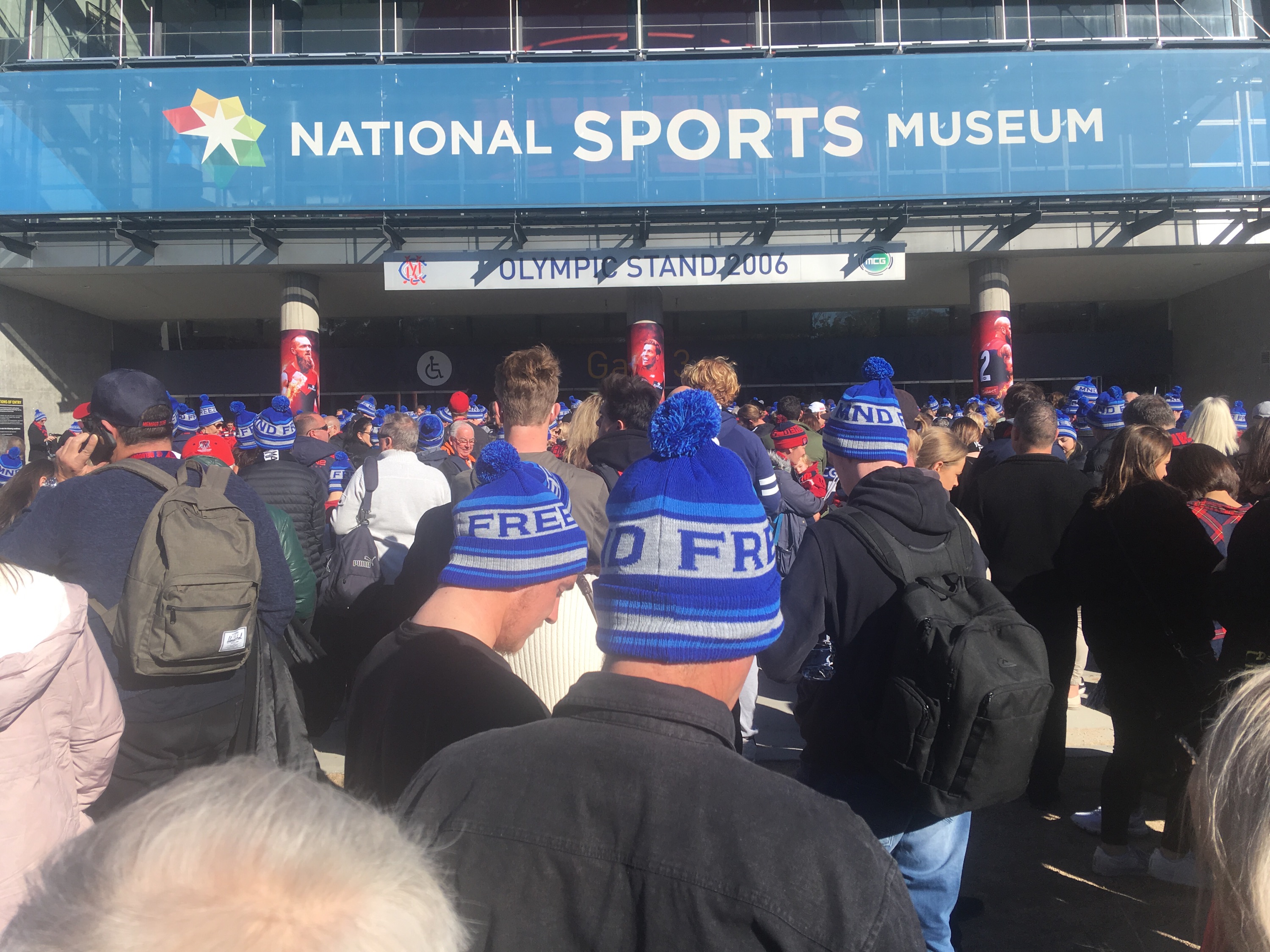 All 18 coaches are set to slide into the ice pool to help raise awareness and funds to fight motor neurone disease.

You can donate to the cause here.

But once 3.20pm rolls around, it’s all eyes on the footy.

The Dees and Pies are both in hot form, and will be hellbent on consolidating their ladder positions.

With two strong teams playing good footy in front of a packed MCG, what more could you want?