West Coast wins a thriller after the extra-time siren 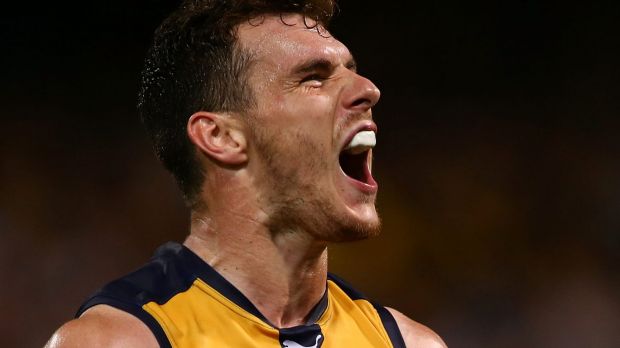 You can hear Port Adelaide v West Coast on the 3AW website.

Extra time, a post-siren decider… it was a match that had everything.

For sure, it was drama suited to a final.

Match-winner Luke Shuey spoke to 3AW in the rooms.

He addressed the contentious free kick that led to his after-the-siren winner.

“It’s all about the change of direction,” Shuey said of his technique in the tackle.

West Coast has won a thriller in extra time!

The teams couldn’t be split after four quarters, and it took a goal after the siren from Luke Shuey to put the Eagles into a Semi Final against GWS.

The win was certainly not without controversy.

Shuey’s kick came after a contentious high-tackle free kick, while a Josh Kennedy goal in extra time was not reviewed when it may have been touched.

Tony Shaw said the free kick was there.

“It was a poor technique,” Shawry said.

“That was one of the worst tackles you’ll see in the dying minutes of a final, Jared Polec’s got to live with that.”

But Michael Christian said those free kicks haven’t been paid most of the year.

West Coast leads by 11 points at the main break.

The Eagles led by as much as 31 early in the second term before the Power launched a comeback.

Key forwards Jack Darling and Charlie Dixon have three goals apiece at opposite ends of the ground.

Tony Shaw said Patrick Ryder has been influential in the comeback.

“He got angry,” Shawry said.

“Ryder’s clearance work, his soft hands (in the ruck), gave them the impetus at the contest.”

The Eagles snuck into the finals with the last couple of scores of the Home & Away season.

But don’t tell them they don’t deserve their place in the post-season.

And with the Power’s unconvincing record against top teams in 2017, they’ll fancy themselves a chance to return to Perth with their season still alive.

Can the Eagles spring an upset? Or will Port Adelaide power into the second week of the finals?