‘Sloppy at best’: What Neil Mitchell and Fr Kevin Dillon thought of the George Pell interview

While Sly told 3AW’s Ross and John he found the interview “quite insightful”, Neil Mitchell says it was “sloppy at best in some areas”.

“In my view neither of them did themselves much good,” the 3AW Mornings host said.

“Bolt was a crusader rather than an interviewer, and Pell was conducting war by inference, dog whistling.

“I just don’t think this was the time for either of them do it the way they did.

“Andrew Bolt did appear to be a bit cheerleader rather than an interviewer, which is a pity. He’s been right into this. It would’ve been good to see a decent interrogation rather than just serving up the case and allowing Pell to confirm it.”

Father Kevin Dillon was one of the first prominent Catholics to call for church action on sexual abuse allegations when he posted this message in his newsletter in 1996. 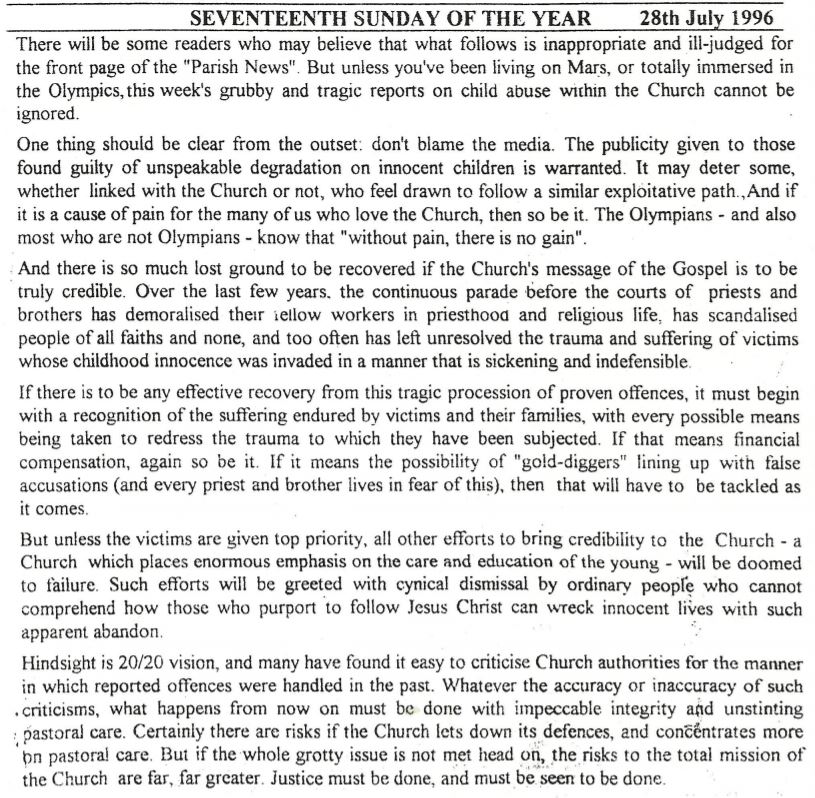 “I think largely, the people who watched the interview would have emerged from it with a similar view that they went in with,” he said.

Fr Dillon took issue with the Cardinal’s claim that child abuse in the church has been ‘cut out’.

“You don’t just say ‘well we’ve cut it out, go away and don’t come back’. Effectively that’s what the church said to victims of abuse,” he said.

“The best surgeon will tell you that they can cut the cancer out, but it what happens afterwards that makes so much difference.”

Fr Dillon also took aim at George Pell’s assertion that the Melbourne response, the protocol he set up in 1996 to investigate and deal with complaints of child sex abuse within the Catholic church, was a success.

“I’m yet to come across anyone that speaks well of it,” he said.