Sydney hangs on for a gutsy and important win over Melbourne 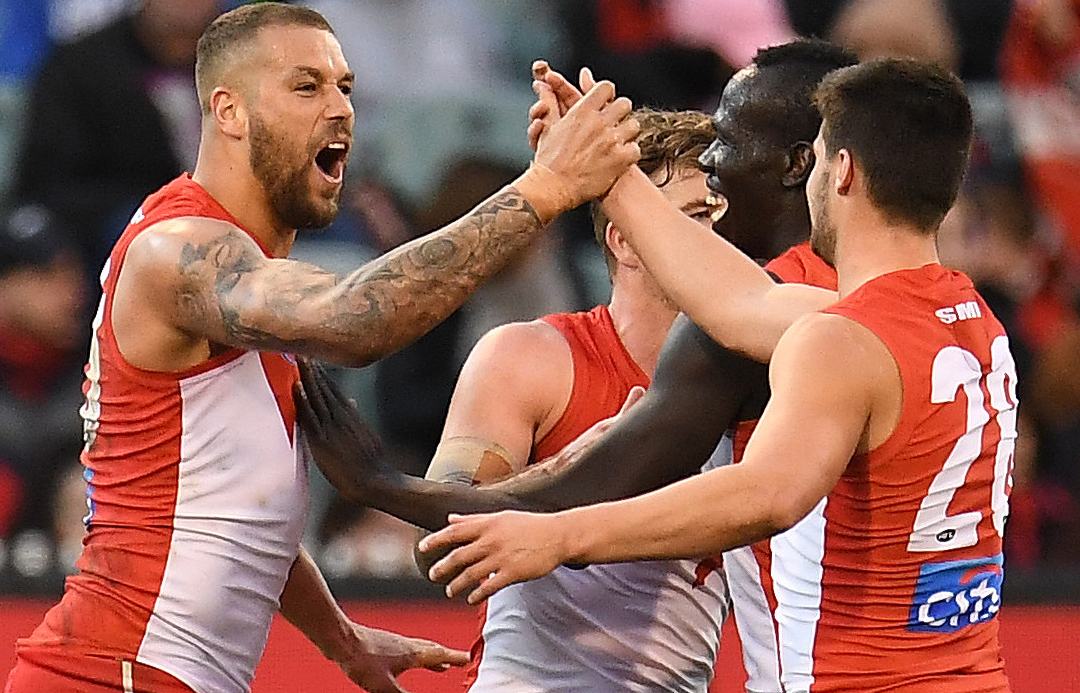 Sydney has snagged four crucial points, hanging on for a nine-point win over Melbourne.

The result leaves Sydney in sixth place, just percentage outside the top four. The Demons are seventh but remain one win inside the eight.

It was a gutsy performance from the Swans, who played most of the game with only two men on the bench.

Alex Johnson (knee) and Nick Smith (hamstring) were both injured in the first quarter.

“It’s a huge testament to Alex and what he means to the boys,” Kennedy said.

“The general consensus when he went off was: what would he do?

“Dig in is certainly the answer.”

Click PLAY to hear from Kennedy in the rooms

There are concerns Alex Johnson has injured his ACL again.

Johnson returned to the AFL last week after six years and five knee reconstructions, but the feel-good story of last week has turned sour.

Johnson limped from the field in the arms of trainers after changing directions during the first quarter of the clash with Sydney.

Tim: “The way Johnson’s teammates are responding to him on the bench, the writing is on the wall.”

Mick: “You can see it’s hit them hard as a group.”

Click PLAY to hear the moment as it happened

The Demons and Swans square off on Sunday separated by percentage alone.

But both clubs are heading in different directions.

The Demons are a genuine top-four contender, while the Swans only halted their slide with a last-gasp win over Collingwood last week.

There couldn’t be much more on the line at the MCG today.

The match will act as a fundraiser to support Breast Cancer Network Australia.

The feature of the day will be the Field of Women, with footy fans standing united in the shape of BCNA’s Pink Lady.

Don’t miss a moment of the day with the No. 1 commentary team in the game on 3AW Football!