Richmond hold off Essendon to win the Dreamtime clash 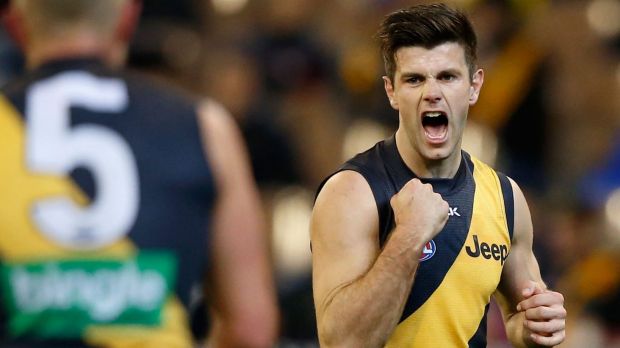 Cotchin said the side has learnt a lot over the tough month dotted by narrow losses.

He said side hasn’t let the extensive commentary affect them, such as Matthew Lloyd’s comment that the Tigers wouldn’t have lost so many close ones if they’d had a superstar like Joel Selwood.

“Guess what, Lloydy, we have to deal with what we’ve got,” Cotchin said.

“If you let one person’s opinion (affect you), who doesn’t understand what’s going on inside your four walls, then you’re already losing.”

Cotchin also said he has a sneaky plan to entice Dustin Martin to re-sign before the end of the season.

“Dusty and I have some pretty epic battles on the table tennis table,” he said.

Jack Riewoldt spoke to 3AW from the rooms after the win.

He had a simple solution to his goal-kicking yips.

“Probably just kick it through the big sticks, not the little ones!” he said.

Richmond has won a nailbiter by 15 points.

Matthew Lloyd said the Tigers were the better team on the night.

Click play for the full-time wrap with Lloydy and Jimmy

Essendon leads by four points at the main break.

The Tigers had the lead moments before the siren, but Jayden Short was penalised for a contentious deliberate rushed behind, handing a goal to Josh Green.

Jimmy Bartel said he thinks the umpire made the right call.

He spoke about the growth of the Long Walk to the MCG, and the progress that’s been made in the AFL since his playing days.

“Football’s a language that everyone speaks,” he said.

“There’s so many different cultures playing our great game, at every club.”

The showpiece of Indigenous Round is Dreamtime at the G.

The Home of Football will light up in a celebration of Aboriginal culture and contribution to our great game.

But once the ball is bounced, the Tigers and Bombers will have only one thing on their minds.

Follow every moment with the No. 1 commentary team in the game on 3AW Football.