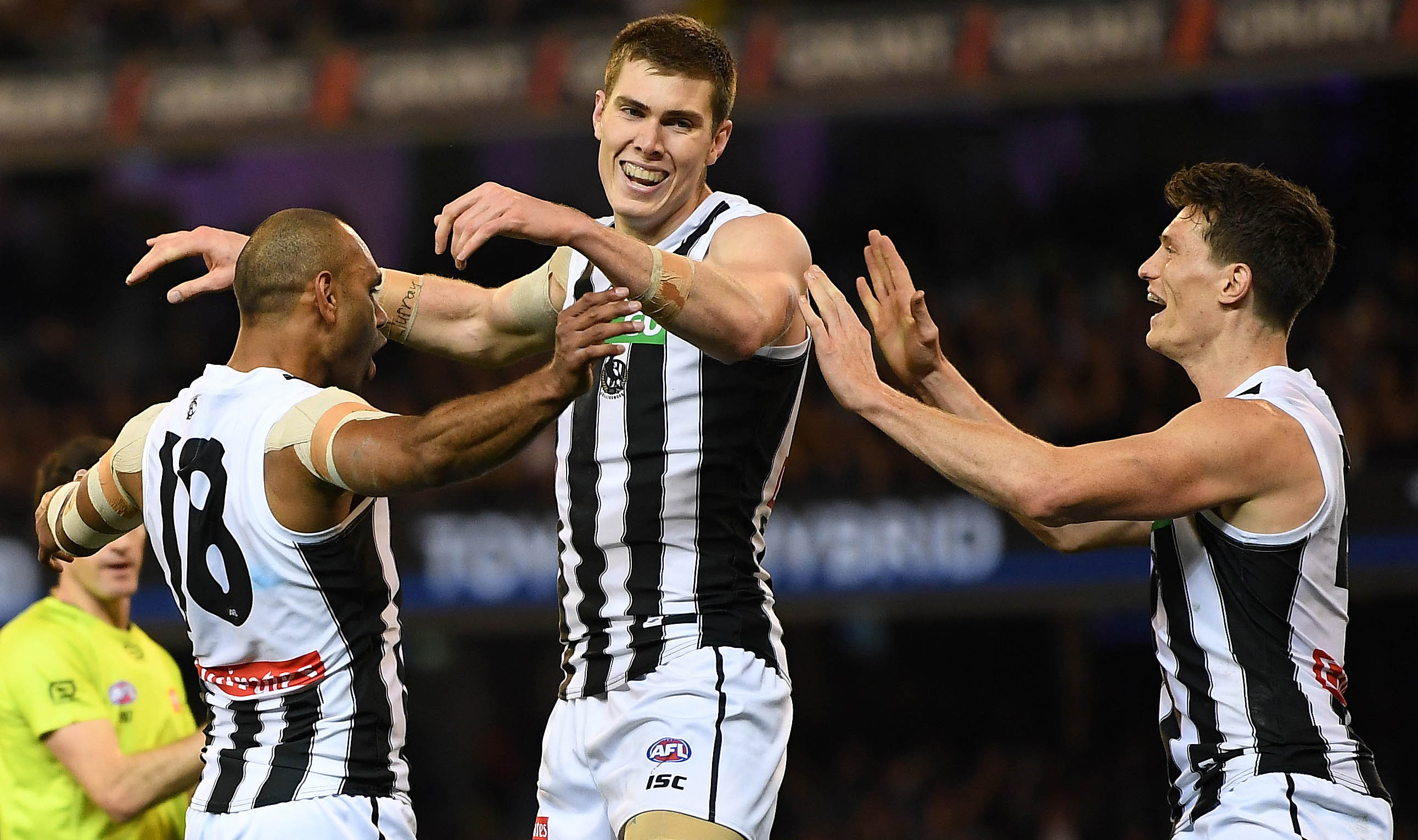 Click PLAY to hear all the highlights from tonight’s game

Collingwood have sensationally beaten Richmond by 39 points, returning to the AFL Grand Final for the first time since 2011.

They beat the Tigers in a final for the first time in 81 years.

Tonight’s result will go down as one of the biggest preliminary final upsets in history.

In an extraordinary first half, Collingwood sensationally lead Richmond by 44 points.

Richmond have it all to do in the second half if they want to make it back-to-back Grand Final appearances.

“No one could have predicted this,” Lloydy said at half time.

“Astbury’s looked terrible on Cox, it’s hard to see how Richmond get back into it.”

Both teams will go into tonight’s clash as selected.

Richmond GM of Football Neil Balme joined us outside Gate 2 of the MCG ahead of tonight’s match.

He said David Astbury was “some chance” to miss tonight but expected him to play.

Could we be set for the first MCC lockout since the 2007 preliminary final between Collingwood v Geelong?

The lines are steadily growing outside Gate 2.

It’s the game we’ve all been waiting for as competition heavyweights Collingwood and Richmond square off in one of the biggest preliminary finals in recent memory.

The buildup has been monstrous throughout the week but the main storyline has centred around Dustin Martin and his severe cork. Despite Damien Hardwick admitting he was suffering to the point where he trained away from the main group on Monday, Richmond are adamant he’ll line up tonight.

It’s the first meeting between these two sides in a final since the 1980 VFL Grand Final, where the Tigers win by 81 points in front of 113,461 at the MCG. While we won’t get a crowd as big as that tonight, it won’t be far off as close to 100,000 pack out the home of football.

And of course, the build up to tonight’s game has also focused on the fans. We’ve had scenes of avid Collingwood and Richmond supporters lining up outside Ticketek outlets in the Melbourne CBD on Sunday and Monday as well as one particularly keen Tigers supporter who joined the MCC queue outside Gate 2 at 8pm on Wednesday night before gates officially open at 5pm tonight.

All is in readiness on a perfect night in Melbourne for what promises to be one of the biggest non-Grand Final occasions we’ve seen in footy for a very long time.

The No. 1 commentary team in the game on 3AW Football will bring you all the colour and excitement from the MCG as Richmond and Collingwood look to book a spot in next Saturday’s AFL Grand Final.