Dons done as Sydney soars into the semis 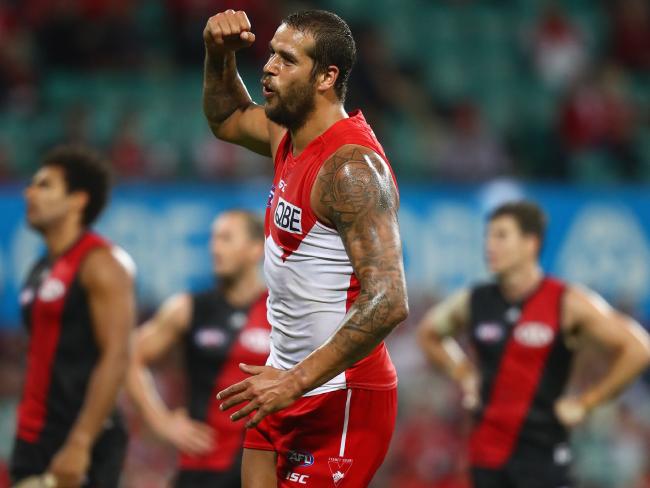 Sydney never really gave Essendon a chance in the Elimination Final at the SCG.

Pretty much from the word go, the Swans had their foot to the floor and were relentless all day.

A 10-goal second quarter really set up the win and Lance Franklin finished with four goals. For the Bombers, Joe Daniher was their best, kicked 3 goals from 17 disposals.

Matthew Lloyd highlighted his question marks on the Essendon side, saying the ‘outside game’ doesn’t stack up in finals.

The Swans will face Geelong next Friday night at the MCG.

The Swans have all but secured their semi-final position against Geelong next week.

A 10-goal second quarter, including four goals to Lance Franklin, was enough to blow the game right open.

Earlier this season, finals weren’t necessarily on the cards when they were 0-6, however it has been a magnificent effort to get themselves into a position to host a final.

“We take confidence out of that, but certainly don’t take anything for granted today,” Harley said.

They’re the words of Patrick Dangerfield, who spoke to 3AW Football today following the loss to Richmond.

Geelong will now await today’s match between the Swans and Essendon to see who their opponent will be next Friday night at the MCG.

Dangerfield admits the players are disappointed, but it is important to not let it fester and to now look to move on.

Richmond captain Trent Cotchin is rapt for the club and its fans as they progress through to a Preliminary Final.

It’s been a brilliant season for the Tigers and Cotchin says there is ‘a lot of love’ in the group, despite there being such different personalities.

Two of those different personalities are Cotchin and Dustin Martin, but the skipper says they are best mates.

“Like any of your best mates, you’d die for them. That’s where Dusty and I my relationship is,” he said.

“We have a special connection… And I’m thankful for that relationship with both him and his dad.”

It is do or die for both sides in this Elimination Final. The Bombers are the feel good story of the finals having come from such adversity in recent years and Sydney have come from 0-6 and are now one of the flag favourites.

Unfortunately for the Bombers, Cale Hooker is out of the side, leaving a big load on Joe Daniher’s shoulders. Up the other end of course is Buddy Franklin, who kicked 10 goals two weeks ago against Carlton.

The SCG shouldn’t be all that daunting for Essendon, who held a four goal lead late in the final quarter of the round 14 clash on a Friday night, but blew it when Dane Rampe marked in the goal square and kicked the match winning goal after the siren

This one is set to be a ripper.