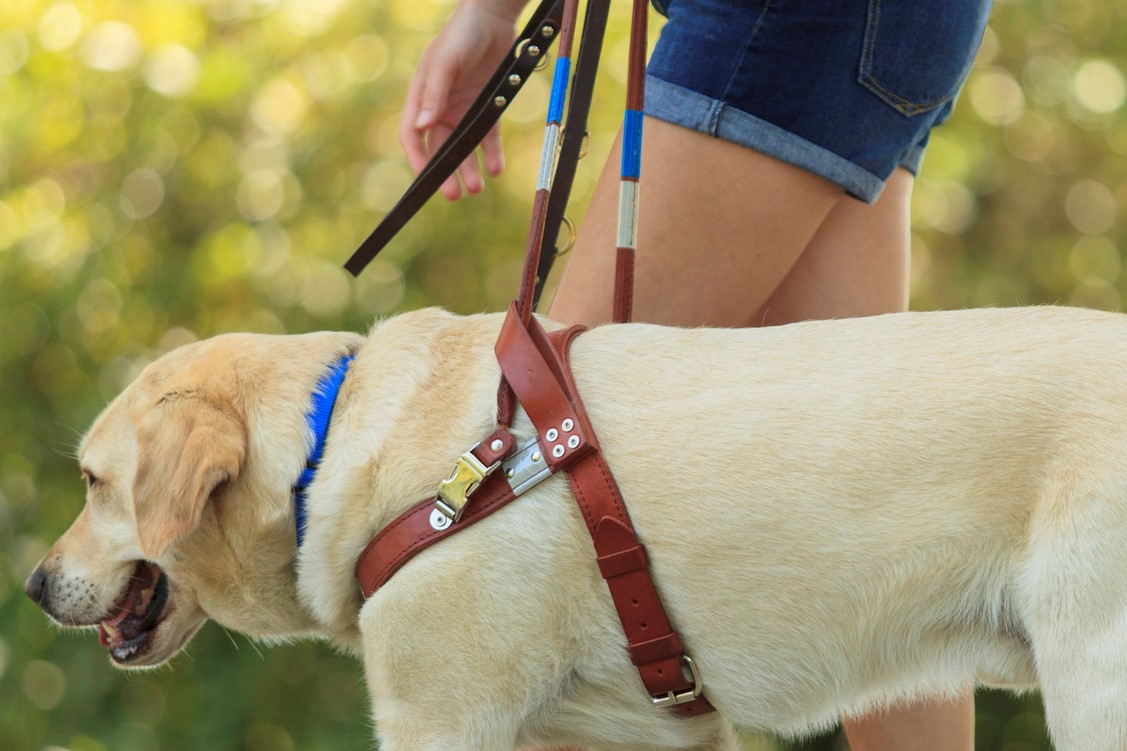 LATEST: Dysons bus group has blamed “driver misunderstanding” for an hour long stand-off with a vision impaired passenger after the driver refused to let her guide dog board the bus.

Louise Pearson tried to board a Greensborough bus on Tuesday morning, as she does every morning, when the driver refused to let her aboard.

“The bus driver pulled up in front of me and he said ‘no dogs on this bus’,” she told 3AW’s Ross and John.

“I have a golden Labrador guide dog called Arthur, and I stepped onto the bus and said ‘this is a guide dog’.”

Another passenger approached the driver and told him Louise and her dog were regular travellers on the route, but he still refused to let the dog ride on the bus.

“We’ve been sitting here for the last 50 minutes because he says it’s not a guide dog,” Louise told Ross and John.

The bus driver called the police, who offered to drive Louise to work in a police car, but she refused.

“That’s not how you win a fight,” she told 3AW’s Neil Mitchell.

After more than an hour of impasse, the driver eventually relented under police pressure and allowed Louise and her dog, Arthur, to travel on the bus.

“I can’t believe in this day and age that we have this sort of nonsense going on,” she said.

Victorian law stipulates that guide dogs are permitted to travel on all forms of public transport.

The bus company responsible issued 3AW with the following statement;

The Dyson Group was made aware of an incident this morning where a passenger with a guide dog was prevented from traveling on one of its buses.

While the company continues to investigate the incident, it does appear that it was caused by a driver misunderstanding.

Dysons unreservedly apologises for any inconvenience caused to the passenger, and others on the bus.

We are disappointed that her commute to work did not proceed as it should have.

We hope that she can accept our apology, and that she feels comfortable traveling on our services for many years to come.

Dysons is reviewing its driver education programs, and has reconnected with Guide Dogs Victoria to ensure the best possible training can be delivered for its team of drivers.

Dysons is committed to ensuring that people with a disability can travel freely and comfortable on its services.

Vision impaired customers are one of a number of groups we provide training for our drivers around.