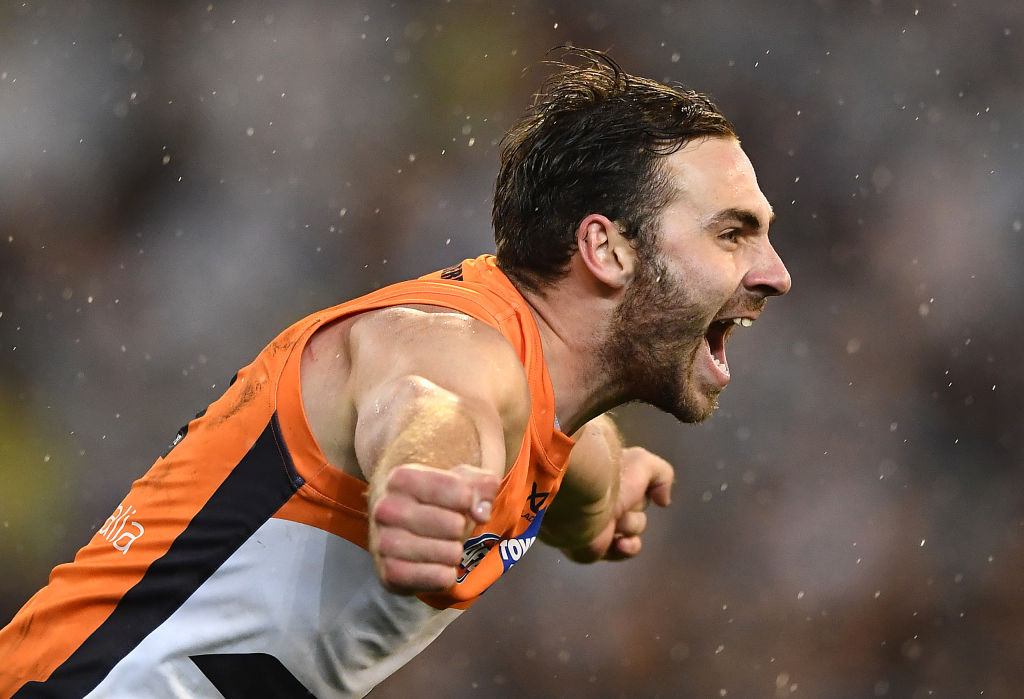 Toby Greene will be thanking his lucky stars, the GWS have made it into their first ever Grand Final.

It was a battle right down to the line, with Collingwood making a a late surge in the final quarter thanks to three quick goals from Stephenson, Thomas and Mayne.

With just a four-point win, the Giants played a brilliant defensive game in the back-line holding off the Pies from any chance of a final minute goal.

“That wasn’t skill from the giants, that was putting your head down and working hard,” said Jimmy Bartel.

The result now causes a selection headache for the GWS match committee with Toby Greene a shoe in to return, while injured trio Lachie Whitfield, Stephen Coniglio and Brett Deledio might be other potential inclusions.

The Giants have owned the contest, but unfortunately the Pies have been a little more dangerous.

Scores are low, but it’s been a tense and scrappy game.

With a low score board and only three points separating the two, it could be anyone’s game come the final siren.

Phil Davis has had a tough day out, nursing a sore calf from the first quarter and then taking a hit to the shoulder early in the second term.

Mason Cox revealed the extent of his eye injuries on 3AW Football pre-game.

It’s time to find out who will join Richmond in next Saturday’s Grand Final.

The story of the week has centered on the Giants and Toby Greene’s one-match ban, which was upheld by the AFL tribunal and then the appeals board.

But GWS were dealt another blow mid-week when Lachie Whitfield was ruled out of today’s game with appendicitis.

Things at Collingwood this week have been a little more settled but as Jordan De Goey and Levi Greenwood continues his respective injury recoveries, Ben Reid and James Aish come in to help fill the void.

We’re just hours away from finding out Richmond’s opposition in this year’s decider so make sure you stick with 3AW Football all afternoon for the best pre-match, game call and post-match!