Hospitality industry rallies around ‘The Oyster Bloke’ during bushfire crisis

Seafood-lovers and the hospitality industry have rallied around an oyster vendor who lost his house in Australia’s devastating bushfires.

John “The Oyster Bloke” from Womboyn on the NSW South Coast was left stuck with 600 dozen oysters (7200 of them!) after he got blocked trying to bring the haul to Melbourne.

Little did he know at the time he was going to lose his own property in the blaze while he couldn’t get back.

A call was put out on Facebook, asking for people to rally around John and buy his stock before it went to waste.

450 dozen oysters were quickly snapped up across Melbourne and surrounds, with Lamaro’s Hotel (one of 3AW’s Pubs Of The Year for 2019), purchasing the remaining 150 dozen.

They’re going to host an Oyster night at the South Melbourne venue from 5pm this Thursday, January 9.

It’s $50 to attend and it’s all you can eat oysters until they run out, with free beer to be supplied by Brewmanity Beer.

Every cent raised will go to the Gippsland Emergency Relief Fund.

“The response has been wonderful.” 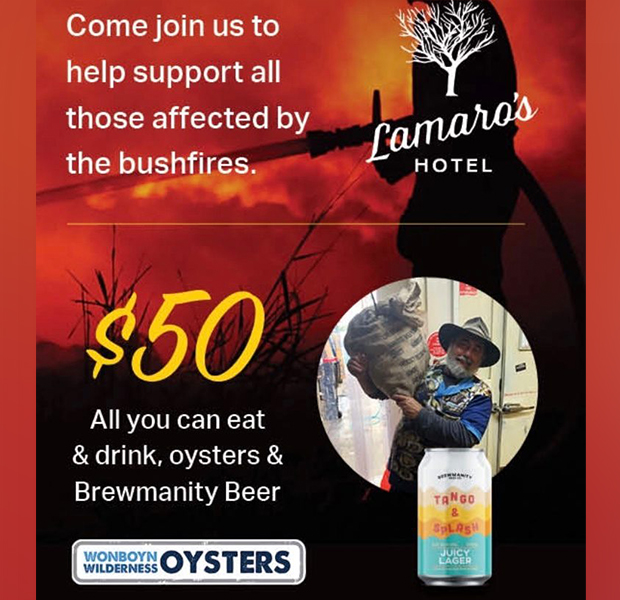