Outside Centrelink on High Street, Prahran today the queue stretched around the block (above).

Callers told 3AW’s Neil Mitchell queues have formed because Australians must have a customer reference number in order to receive federal government payments.

“My son went on to myGov over the weekend and it said he needed this number … the only way you can get it is by taking all your ID,” Julie told 3AW’s Neil Mitchell.

“He’s gone down to Cheltenham, he went down at 7.30am this morning and he said ‘Mum, there’s hundreds of people here’.”

The influx in demand for welfare services caused the myGov website to crash, leaving thousands struggling to log on to lodge unemployment claims.

Centrelink will extend its call centre operating hours to cope with a massive increase in demand from the coronavirus lockdown.

Call centres will be opened from 8am to 8pm weekdays, and 9am to 5pm on weekends.

It comes after the federal government announced JobSeeker payments, Youth Allowance, parenting payments and the farm household allowance and special benefit will be boosted by $550 a fortnight for six months.

Approximately one million Australians already receive those payments, and that number is expected to rise sharply as businesses close their doors in coming days. 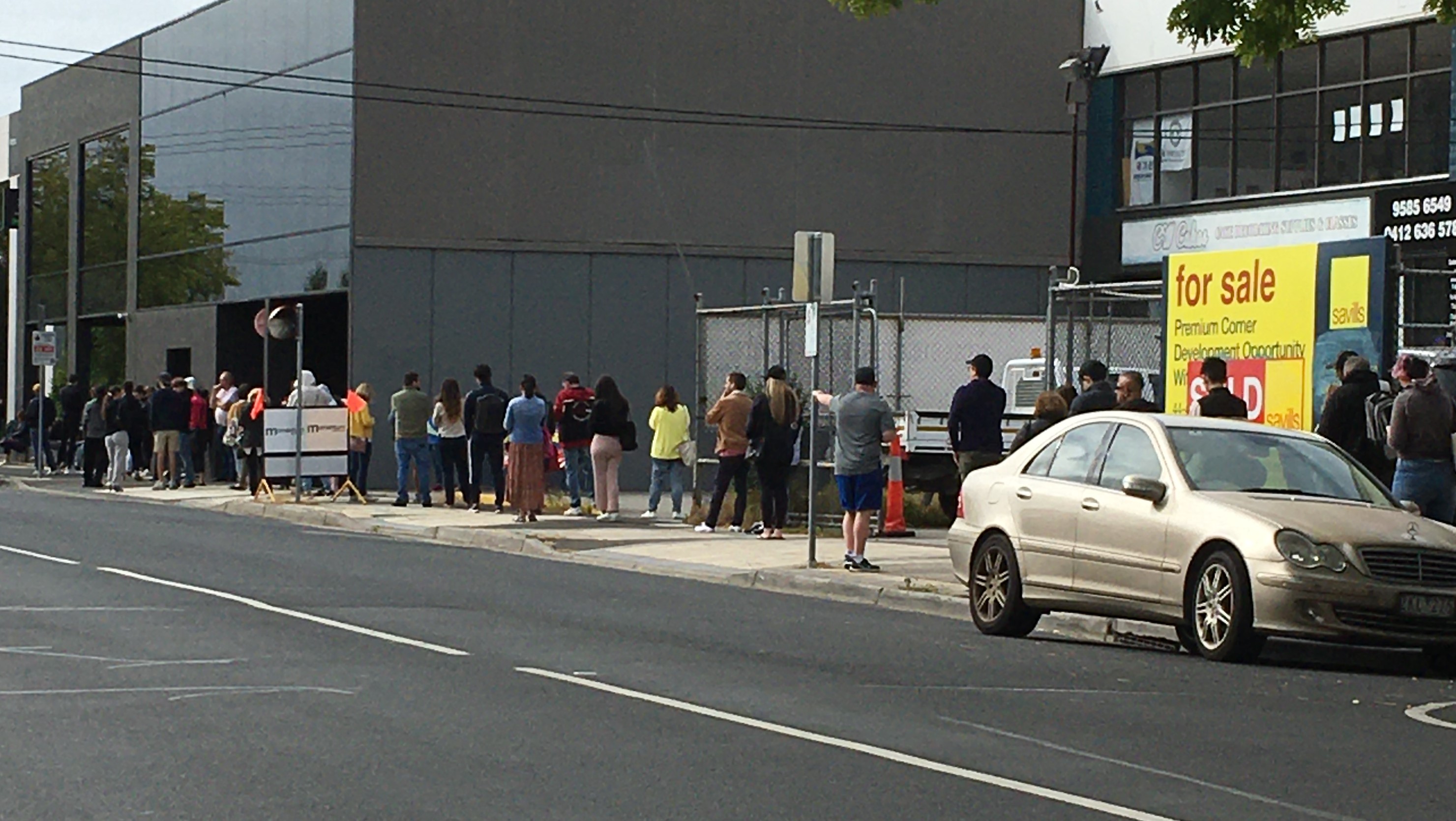 Image: The queue for Centrelink in Cheltenham