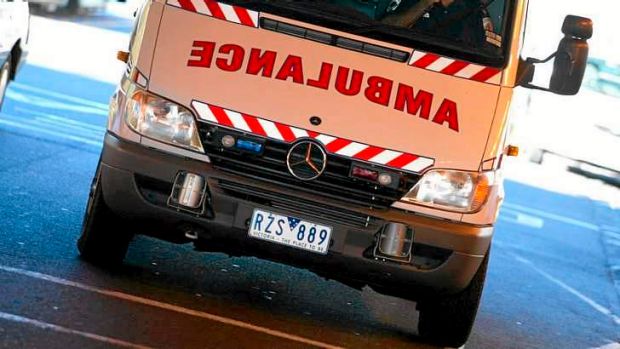 James Haberfield was under the influence of a cocktail of hallucinogenic drugs after attending the Rainbow Serpent music festival near Ballarat when he knocked on the door of a Coburg home in January.

The residents called an ambulance, but things took a violent turn when he hit paramedic Monica Wood in the face and pinned her in the corner of the vehicle.

Haberfield wrapped his arms around the paramedic, squeezing her and causing the van to rock from side to side.

He then turned on fellow paramedic Sam Smith, throwing a number of punches before police arrived.

Being under the influence of drugs was removed as a special circumstance to escape mandatory jail time last year, but the magistrate ruled Haberfield’s condition at the time of the attack wasn’t solely due to intoxication.

Magistrate Simon Zebrowski found the 22-year-old was suffering from unspecified mental illness at the time of the incident.

He was spared the six months mandatory minimum sentence for assaulting an emergency worker, and has been released on an 18-month community correction order.

Paramedic Monica Wood wept in court as the ruling was made.

She still hasn’t returned to work following the attack.

“I don’t think I’ve been angrier in a long, long time,” he told 3AW’s Neil Mitchell.

The union boss was skeptical about the Haberfield’s eligibility to avoid jail time.

“They’re describing him as having autism spectrum disorder,” he said.

“There’s a lot of people in the community who have autism.

“I have children with autism, we have paramedics in the job who are on the autism spectrum.

“None of them beat the crap out of paramedics who are trying to help them!”

Mr Hill said the ruling undermines the mandatory sentencing for assaulting emergency service workers, and there “absolutely” must be an appeal.

“In almost every case that a paramedic attends a patient will have some form of mental health history,” he said.

“If that’s an excuse in all cases … then this legislation is a dud.

Press PLAY below for more details.

“He was repeatedly punching her in the head”: Bystander goes to female paramedic’s aid after attack