Clive Palmer text messages are nothing new — in fact, it feels like he’s contact half of Australia in the past month in his bid to get elected to federal parliament.

But Ross and John have been alerted to what appears to be probably his worst text message yet.

Several listeners say they have received a message from a ‘Clive Palmer’ promising to ban unsolicited text messages. 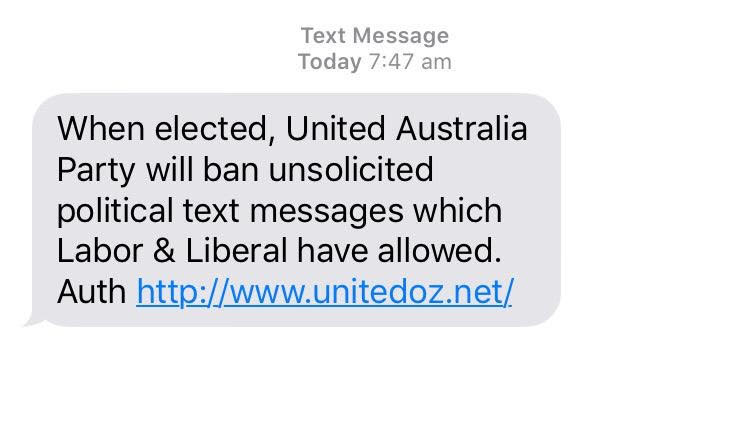 “It’s got us talking about him again,” Dr Hughes said.

“Clive Palmer needs to get his name out there and in our mind all the time.”

“It reminds me of something Rene Rivkin said – “All publicity is good publicity, unless it’s really, really bad publicity.”
“Has anything good ever come from unsolicited text messages?”
– Ross Stevenson