JUST IN! AFL confirms Round 23 fixture and start times

The AFL has confirmed this year’s final round fixture.

Collingwood and Essendon will do battle on Friday night, with that clash at this stage looking likely to have huge finals ramifications.

Port Adelaide and Fremantle will finish the 2019 home and away season on late Sunday afternoon.

ROUND 23 (all start times local) 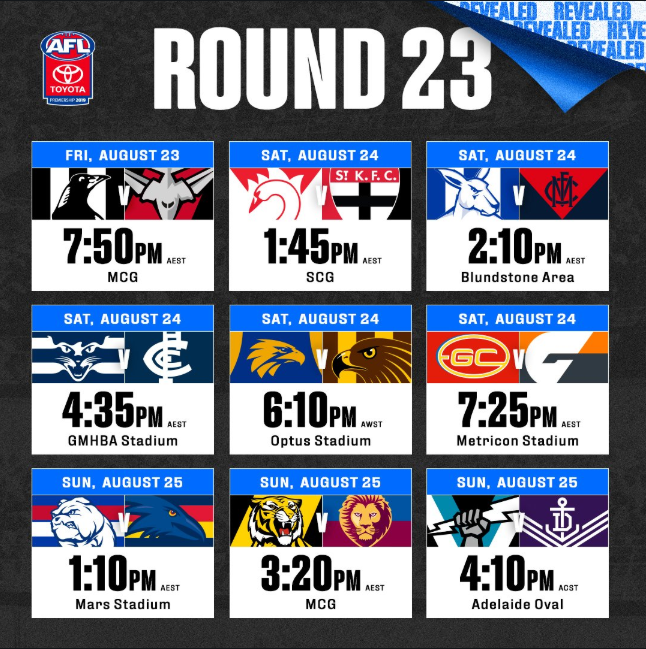