Children at a new state school in Melbourne’s outer-north are forced to play in the shade of a building because the school’s budget did not allow for any air conditioning or shade, a concerned parent says.

Parent Ellie Langlands says she’s written to various authorities about the lack of resources at Ashley Park Primary School in Doreen but the responses indicate fundraising for the facilities is up to the school itself.

“There are a couple of fans in the building but that’s it.

“There’s no options for the children, you either send them to school, they get hot, or you keep them home for the day.

“They (the state government) have a responsibility but they haven’t provided it.” 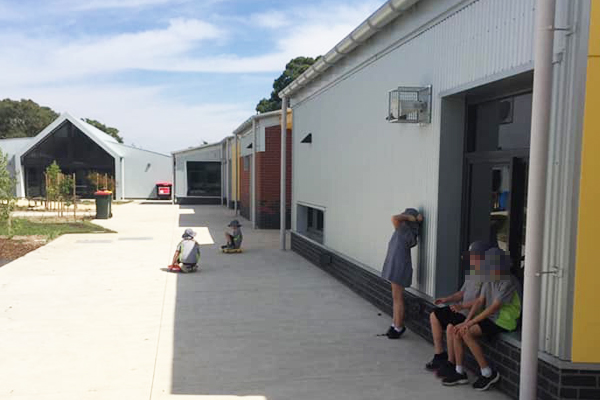 The Education Department issued 3AW Mornings with the following statement:

Air conditioning is provided to schools with the highest needs based on climate zone locations and for certain high-need building types and special schools.

The Department of Education’s policy about air conditioning has been in place since the 1990s.

The Department has a Heat Health policy in place to support schools to prepare for and manage extreme heat.