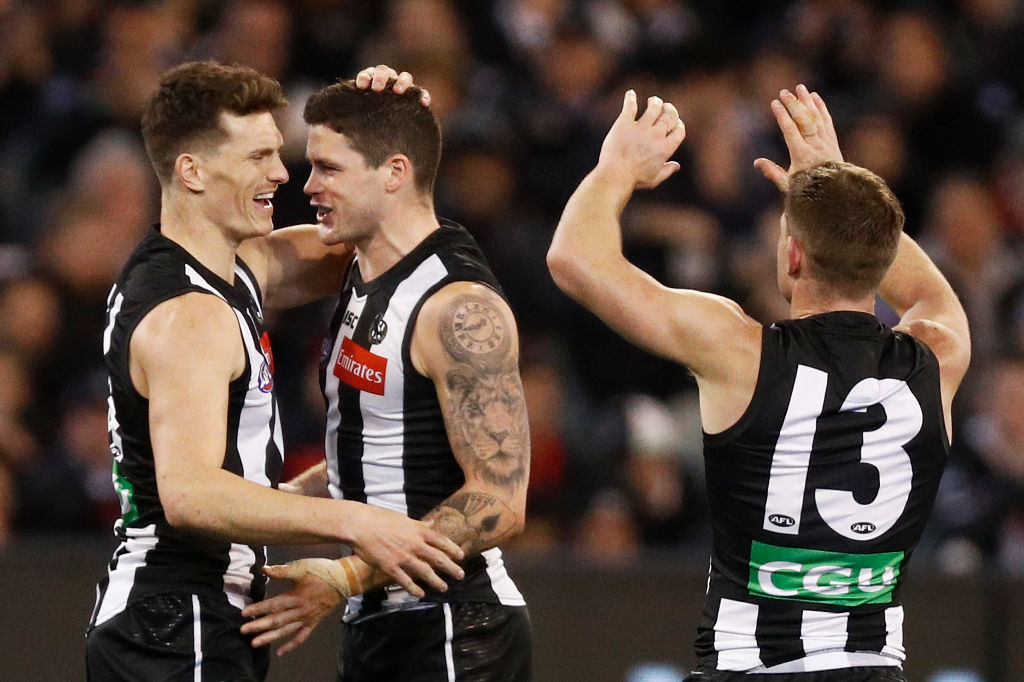 The Pies have held off Essendon who threatened their top four finish in front of 85,000 fans.

With an injury ridden list, including a late injury to Darcy Moore, the Magpies attacked the ball in the final quarter to push for a 11-point win.

The Essendon’s midfield was led by Andy McGrath and Darcy Parish and Anthony McDonald-Tipungwuti was dynamic as ever holding up the forward line for the Dons.

For Collingwood, Mihocek was a star up forward bagging four goals and 11 disposals alongside skipper Scott Pendlebury with 33 disposals.

Tonight could be a preview into the opening round of September where the two sides could potentially face off, but with that kind of standard, you can’t say you’d be mad.

If that’s the case, Essendon will want to keep a tabs on Brodie Grundy who was a stand out tonight with 33 disposals.

Click PLAY below to catch the FULL match review

It’s been absolute carnage at the G tonight.

Essendon have suffered two big blows, Michael Hurley looked to have hurt his right shoulder in a marking contest and  Aaron Francis went down the race in the final seconds of the second quarter with a leg injury.

The Bombers were explosive in the opening term, but Collingwood came back to bite them in the second quarter and trail by just one point.

A lot rides on tonight’s game as the Bombers fight to finish in the top eight.

With a win, Collingwood have a good chance of finishing as high as third, should West Coast and Richmond let it slip.

The Pies have a track record of defeating the Bombers, but with their recent performance slump the Dons could find the cracks and get one up.

Playing with only six of their best 18, Essendon have suffered another late blow as Cale Hooker was announced a late out.

Assistant coach Robert Harvey confirmed the out stating “he is actually sick”.

Be listening from 6pm for the best coverage in town as we kick off the final round of the home and away season.

Click PLAY below to listen to the match preview