Essendon overruns Carlton for thrilling eight-point win at the MCG 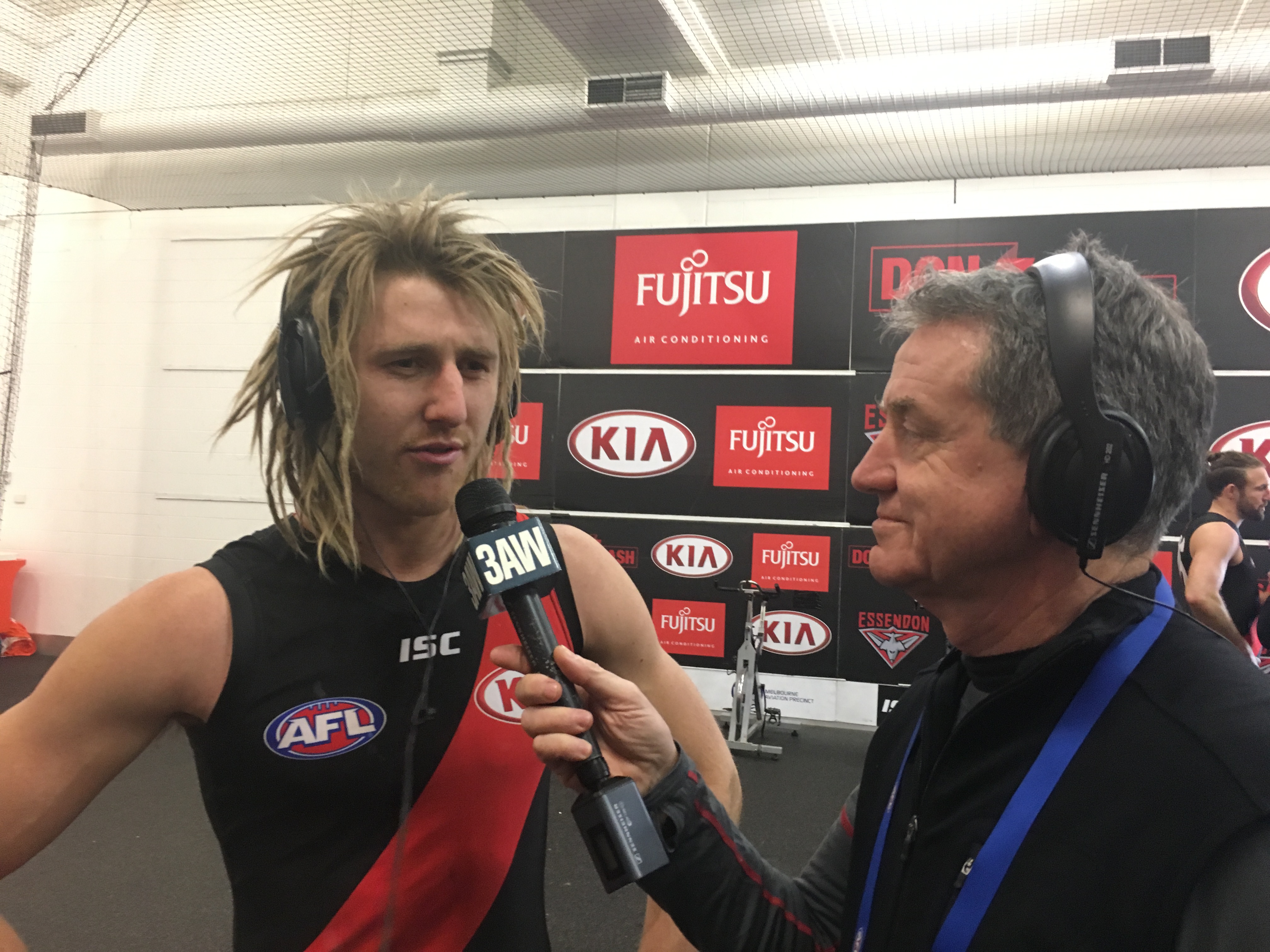 You can also still stream from the AFL app and website as per usual.

Carlton star Dale Thomas spoke to 3AW after the game.

He had mixed emotions about the loss after a strong effort from the Blues.

“You’ve got to find a positive on it because it is super-frustrating, but you can’t let that frustration get in the way of some solid form,” he said.

Essendon captain Dyson Heppell spoke to 3AW in the rooms.

He said he was happy that the group managed to stay composed in the final clinches.

“We’ve got a few things to iron out, but we’ll take the points,” he said.

Click play to hear from Heppell in the rooms

Essendon has scored a thrilling eight-point win in front of over 58,000 fans.

The Blues led as late as the 24-minute mark of the final term before Cale Hooker put the Dons in front.

The result puts Essendon in the eight for the moment.

Tim Lane: “Walla runs to 30 and produces one of those MCG roars that makes you glad you’re alive!”

Click play to listen back to the thrilling final moments

Essendon hold a 10-point lead at the main break.

Joe Daniher was on fire early, booting two beautiful goals in the early stages of the game, but scoring dried up considerably in the second term.

Orazio Fantasia’s day is over with a hamstring injury.

Tony Leonard: “If you like stoppages, you’re loving this!”

Jimmy Bartel said Carlton plays well when it can rack up uncontested marks as they did in the first half.

“They roll back and patiently build the ball up,” Jimmy said.

The Blues have taken 53 marks to half time.

Fletcher said he would ‘love’ to see James Hird back at the club.

Carlton assistant John Barker spoke to 3AW in the lead-up to the match, confirming he’s staying on at Carlton as an assistant coach.

Does it get any better than watching traditional rivals at the MCG on a Saturday afternoon?

It’s a cliche, but it really doesn’t matter where these teams are on the ladder. It’ll be a hard-fought match regardless.

The Bombers will be out to avenge their Round 3 loss to the Blues, and keep touch with the Top 8 in the process.

But Carlton is still two wins short of its 2016 tally, and will want to prove to its fans that it’s still making progress.

Can the Dons get the job done? Or will the Blues post their sixth win of the season?