Saints smash Tigers with a first half for the ages 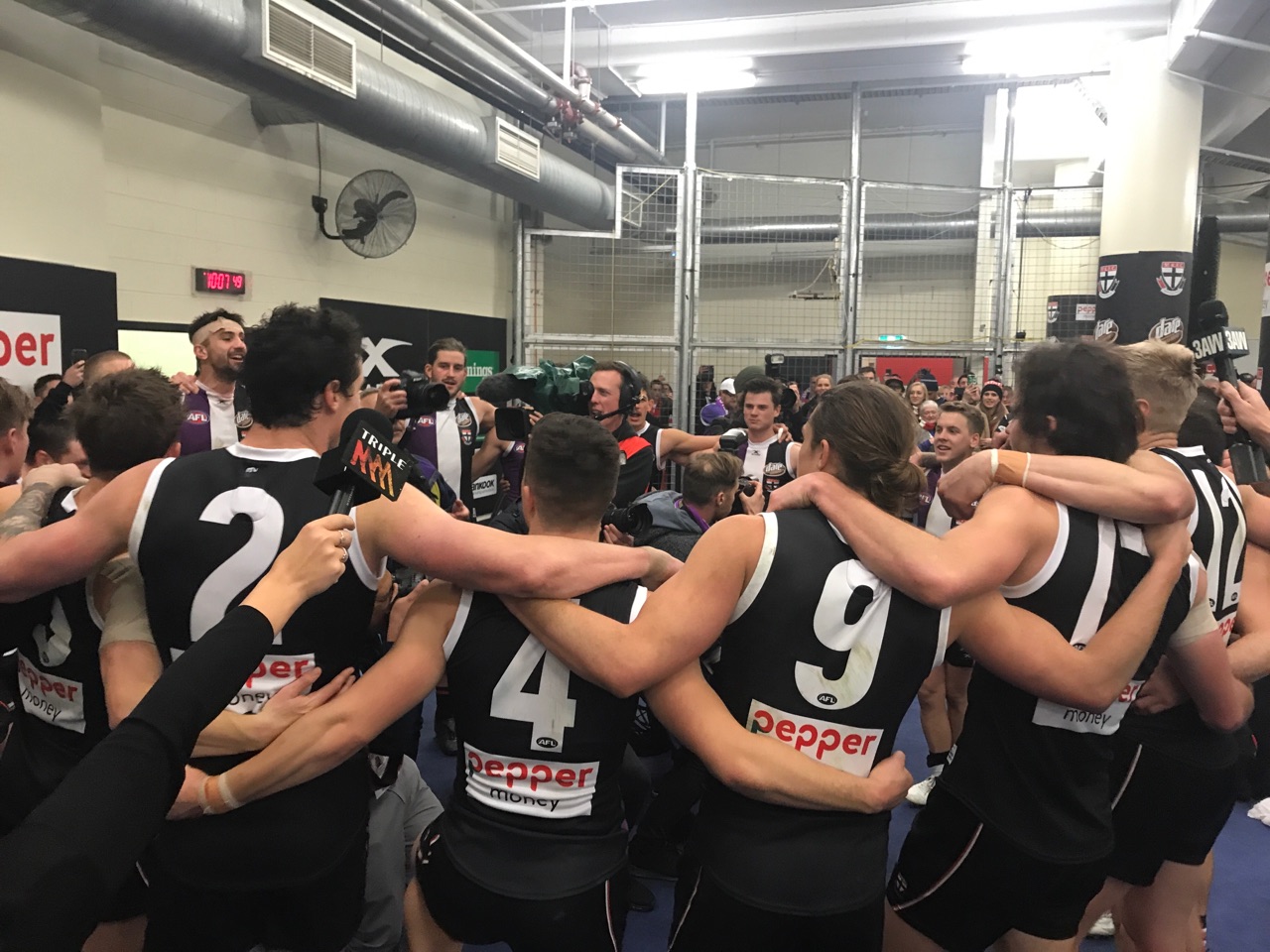 He said Nick Riewoldt and Leigh Montagna are great influence on their younger teammates.

“They’re very much key influences and barometers for our group,” Geary said.

“If they can continue to play in the vein they played in last night, it’ll take care of itself.”

Richmond coach Damien Hardwick has fired back at a comment from Kane Cornes during the game.

The 3AW analyst had said the Tigers had gotten a bit ahead of themselves coming into the match.

Kane Cornes: “There’s no other explanation than Richmond got ahead of themselves. They turned up thinking it was going to happen for them.”

St Kilda has completed a massive 67-point win over Richmond.

The Saints’ first half was one for the ages, booting 14 goals to one.

The Tigers are still fourth, but the Saints are now just 1.3 per cent behind them in fifth place.

Saints gun Seb Ross has 33 touches and eight tackles in another dominant display.

Ross told 3AW the Saints had been building up to such a performance for a few weeks.

“We had three wins on the trot before this and (still) hadn’t played our best footy,” he said.

Click play for the full-time wrap, with Seb Ross interview

St Kilda has put together one of the all-time great halves of footy and lead by 82 points.

Injured Saint David Armitage spoke to 3AW at half time.

He said he’s proud of the way the Saints have played.

“They look inspired,” he said.

Jimmy: “Someone’s taken the batteries out of Richmond.”

Geelong legend Jimmy Bartel spoke about Tom Lonergan ahead of his 200th game.

Lonergan was lucky to play even eight games after a horrible injury in game No.7, in which he lost a kidney, but will line up against Brisbane on Saturday night.

Bartel said Lonergan is one of the most-loved teammates he’s played with.

The Saints and Tigers come together on Saturday night in support of Maddie Riewoldt’s Vision.

But once the ball is bounced, there will be only one thing on the minds of these 44 players.

Richmond has a chance to consolidate their spot in the Top 4, while a spot in the eight is on the line for the Saints.

Follow the action with the No. 1 commentary team in the game on 3AW Football!