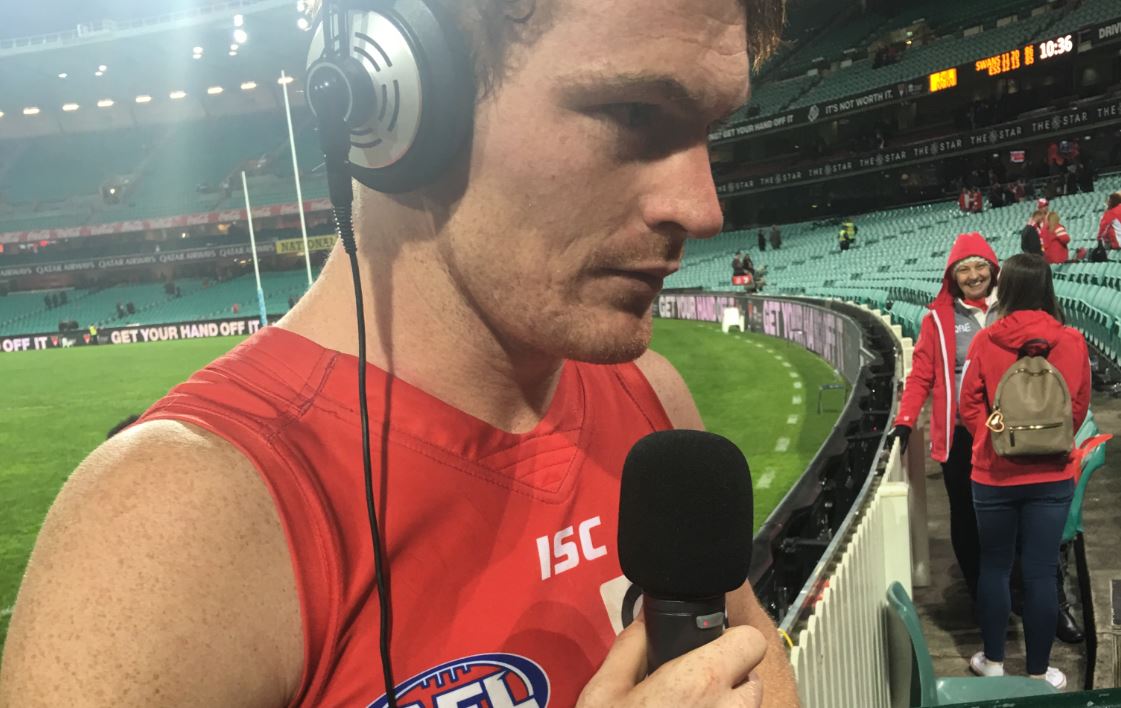 Kelly was involved in a seemingly innocuous rushed behind on the quarter-time siren, when he rushed a behind from a Franklin snapshot.

Kelly may have been able to keep the ball in play, denying the Swans a point.

In a one-point win, moments like those can be decisive.

But Kelly said there’s not point focusing on isolated incidents like that.

“It’s important to be methodical when you go through the last few minutes,” he said.

“We have to look forward to what we can do better next time.”

Kelly said he would consider it a failure if the Bombers didn’t make the finals in 2017.

Sydney has won a thriller by one point.

Gary Rohan kicked the winning goal after the siren after taking a strong mark in the goal square.

Essendon had led by 19 points at the 25-minute mark of the final term.

Matthew Lloyd said it was one of the worst losses in the club’s history.

Sydney leads by eight points after a scrappy first half.

The Swans have had a lot more of the ball but haven’t been able to convert that dominance onto the scoreboard.

Michael Hartley has done a great job on Lance Franklin, keeping the star forward to just six disposals in the half.

Kane Cornes said it’s rare to see Buddy play too poor games in a row, after he was blanketed by Alex Rance last week.

“There’s still time for him to turn it on,” he said.

Click play for the half-time wrap with Lloydy and Kane

Injured Swan Aliir Aliir was a runner for the Swans in the curtain-raiser.

Sydney coach John Longmire told 3AW it’s a good way to keep up his fitness while he recovers from a knee strain.

“He might have to do one for the so-called ‘interstate’ clubs now and then,” he said.

Lance Franklin has a very good record against Essendon.

He averages 4.9 goals per game against the Dons.

He’s kicked more against Essendon than any other opponent –> https://t.co/VHoMVAcGqR

The big job of stopping Buddy will fall to Michael Hartley.

How many will Bud kick tonight?

Find out with the No. 1 commentary team in the game on 3AW Football.